The seventh wave of chiropractic ideas 1976-1996 was a vibrant period of growth and transformation for the chiropractic profession.

In 1976, Joseph Howe, one of the first DACBRs, gave a talk at National College of Chiropractic titled, A Contemporary Perspective on Chiropractic and the Concept of Subluxation.

The talk was a response to the new Medicare guidelines for chiropractic. The guidelines dictated that Medicare would only pay chiropractors for the correction of vertebral sublxuation. Howe proposed the profession move away from subluxation language not because vertebral subluxation was in question but because the profession feared that insurance companies would follow Medicare.

“Subluxation in the context of our definition is not a specific entity but a complex phenomenon. An anatomically demonstrable articular disrelationship a physiological articular dysfunction, a neurological aberration from proprioceptive insult secondary to either of these, a noxious neuromuscular reflex, a viscerosomatic or somatovisceral aberration, a psychosomatic or somatopsychic phenomenon might all be classified under the large umbrella of subluxation by our definition. Broad as this may be, it cannot encompass the total of chiropractic as a health delivery dimension.”

In retrospect, the profession largely ignored this complexity and instead focused on the change in language.

The seventh wave of ideas was an era that included a new historical perspective, the first peer-reviewed journals and textbooks, several new schools as well as new ideas. The journal Chiropractic History was launched during this period as was the journal Philosophical Constructs, which is now called Chiropractic Humanities. The launch of a philosophy journal from National was met with a critique by Fred Barge. Several other journals were started during this time including Journal of Manipulative and Physiological Therapeutics and Journal of Vertebral Subluxation Research. 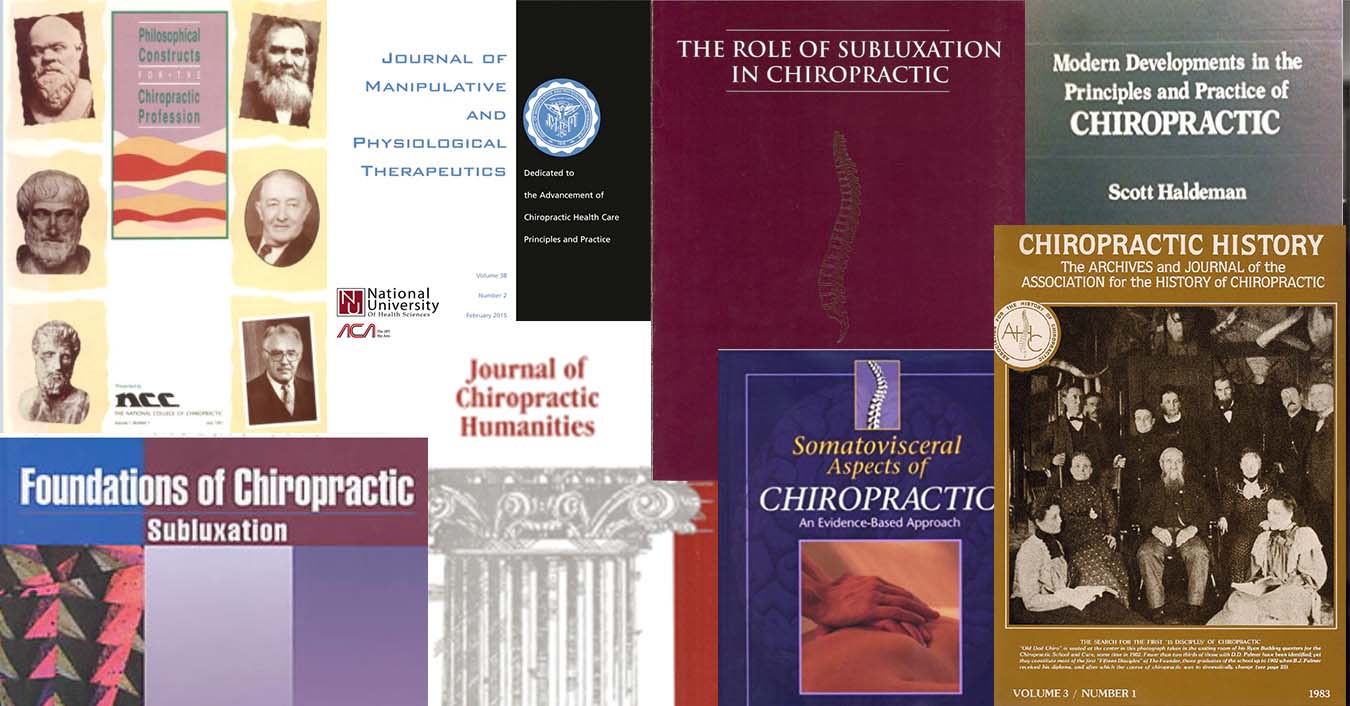 An inter-professional dialogue emerged within the journals. There were letters to editors, critiques of papers, and new approaches to interpreting and forwarding the chiropractic paradigm. And yet, there were also many problems with the literature, some of which have yet to be addressed.

One of the most influential authors from this time period was behavioral psychologist Joe Keating. Keating completed his dissertation in 1981 at the State University of New York. The title was The Effect of Setting and Therapist Contact with Child in Dry Bed Training for Childhood Nocturnal Enuresis. 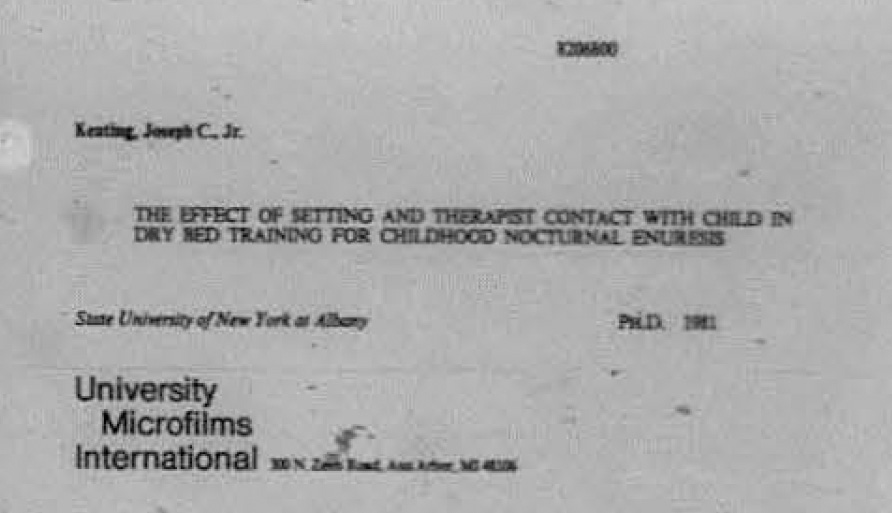 Upon joining the chiropractic profession as a researcher, Keating initially focused on case studies, time series, and even one case study on enuresis. By 1986 he started publishing about chiropractic theory. By 1989 he published 36 papers. Between 1990 and 1996, Keating published 70 papers, letters, and commentaries as well as one book. Many of these were on history and philosophy of chiropractic. Keating is best known for his D.D. Palmer Studies, his ability to collect historical artifacts, and his call for an operational definition of vertebral subluxation.

There are several problems with Keating’s body of work including a lack of references to support various positions, a circular style of self-referencing, and also a bias against B.J. Palmer and the original chiropractic paradigm. His training as a materialist and Behaviorist influenced his perspective. Nevertheless, Keating’s writings helped to shape the seventh and eighth waves of chiropractic ideas.

The Journal of Vertebral Subluxation Research was started by Ralph Boone in 1996. Boone earned his PhD in biology in 1974. He was research director at Sherman in the 1980s and became a chiropractor in 1990. Sherman was one of the new schools that started during the sixth wave. It was started by Thom Gelardi and Reggie Gold.

Boone started the JVSR to focus the profession on vertebral subluxation, which was the central defining element of chiropractic. The first volume included his three-part Vertebral Subluxation Model written with Graham Dobson. 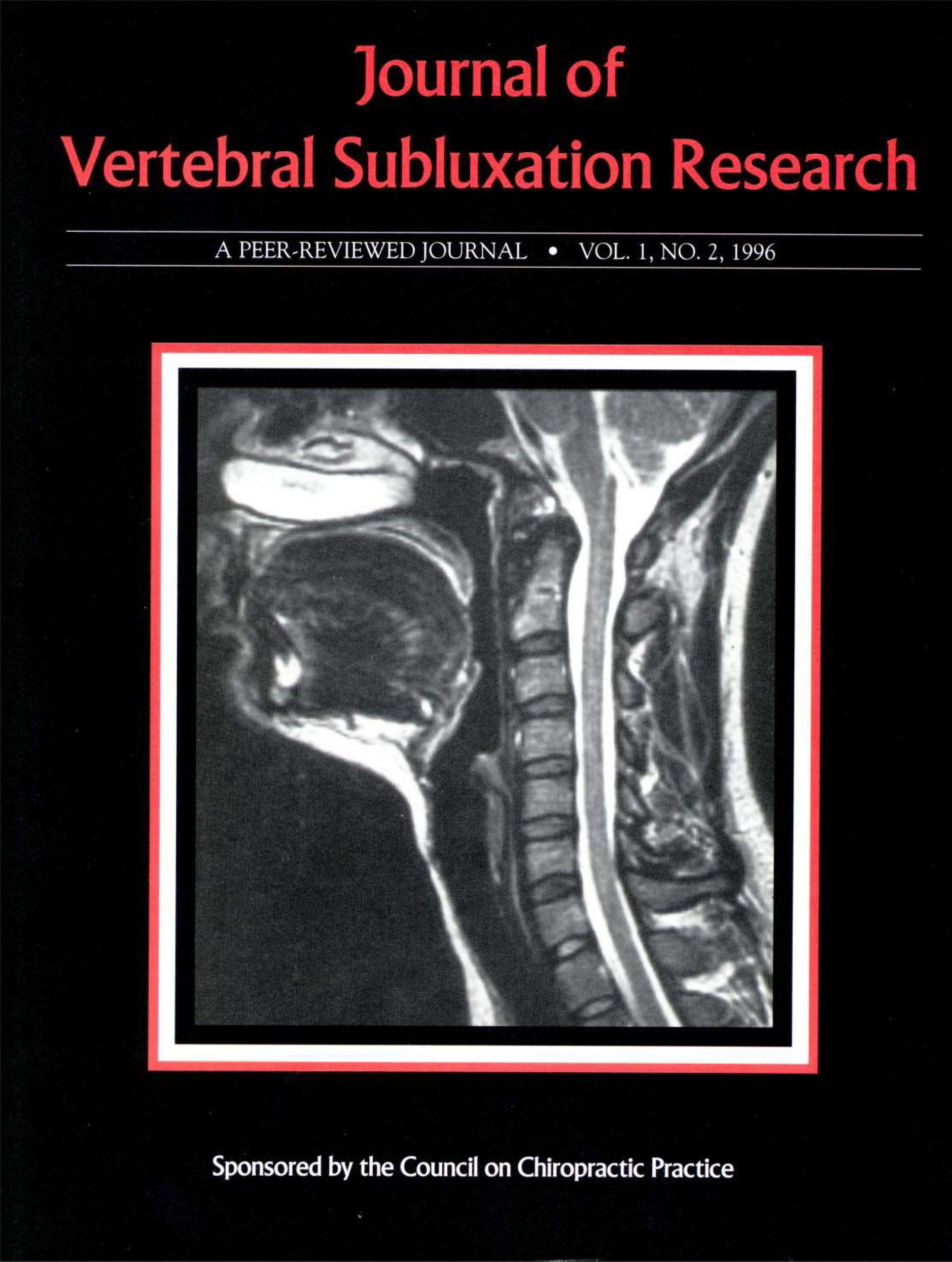 The volume also included theory, case studies, case series, and the largest retrospective quality of life study in the profession. The JVSR is now Annals of the Journal of Vertebral Subluxation Research and published one volume per year. 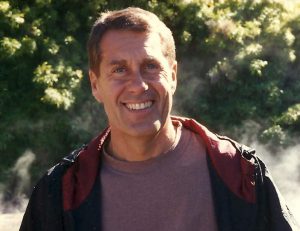 There were interesting and important contributions to the literature during this period including several textbooks, the ACC paradigm, and articles by Ian Coulter, David Koch, Reed Phillips, Joseph Donahue, Pierre Gaucher-Peslherbe, Thom Gelardi, Fred Barge, and many others. The discourse in the profession was mainly focused on scope of practice. Vertebral Subluxation was taken for granted as the central element of the profession.