It is the study of this gradient, estimating the depth, and the reasons for its existence, which are of primary interest to us in our system of skin temperature analysis. 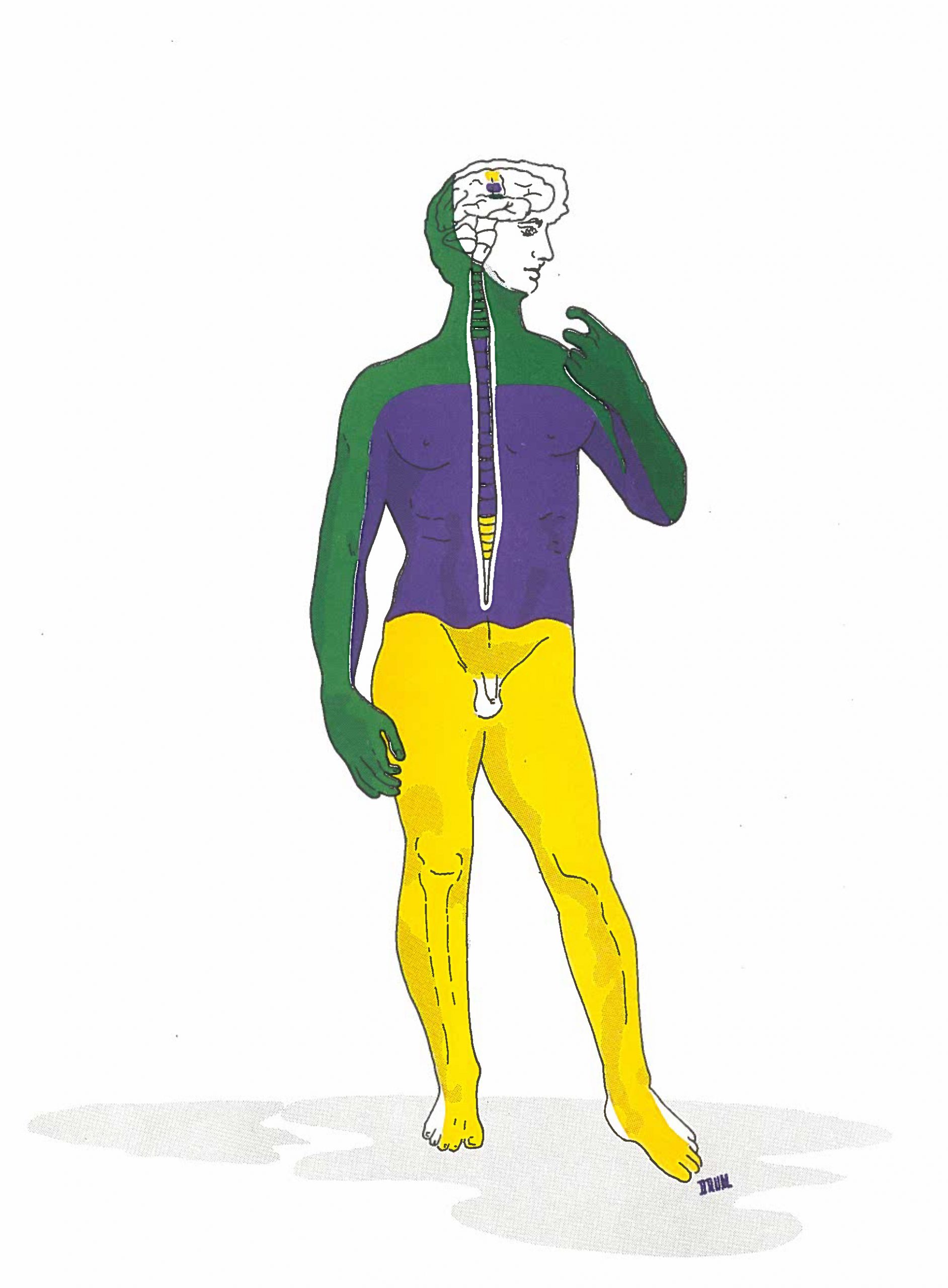 Experiments conducted by Winslow, Herrington & Gagge show that clothed, semi-reclining subjects are able to maintain an easy balance between heat production and heat loss by the vasomotor control of the rate and volume of blood flowing through the skin in environmental temperatures between 77 to 88 F. This type of thermal regulation is described as being the “Zone of Vasomotor Control.”

When environmental temperature drops below 77 F. we find that there is no control of heat loss; the body’s internal temperature can be maintained only by chills. The blood vessels of the skin are normally constricted thus the body cools as an inanimate object in accordance with Newton’s Law of Cooling which states: the rate of cooling, indicative of the rate of loss of heat, is directly proportional to the difference of temperature between the body and its surroundings. When this condition applies it is described as being a “Zone of Physical Cooling” – purely physical factors of heat loss dominate.