The Subluxation — a symptom of Neural Dysfunction

The principle of chiropractic, theorized around the outdated classic model of nerve root compression – the impingement of nerves within the intervertebral canal or foramina of the spinal column as the originating factor in most disease processes – served well during the developmental era of chiropractic. The concept of this impingement causing a supposed physical interference with the normal transmission of nervous impulses, also served well during this era. Both hypotheses had the great merit of providing a plausible explanation on which the actual practice of chiropractic was based. 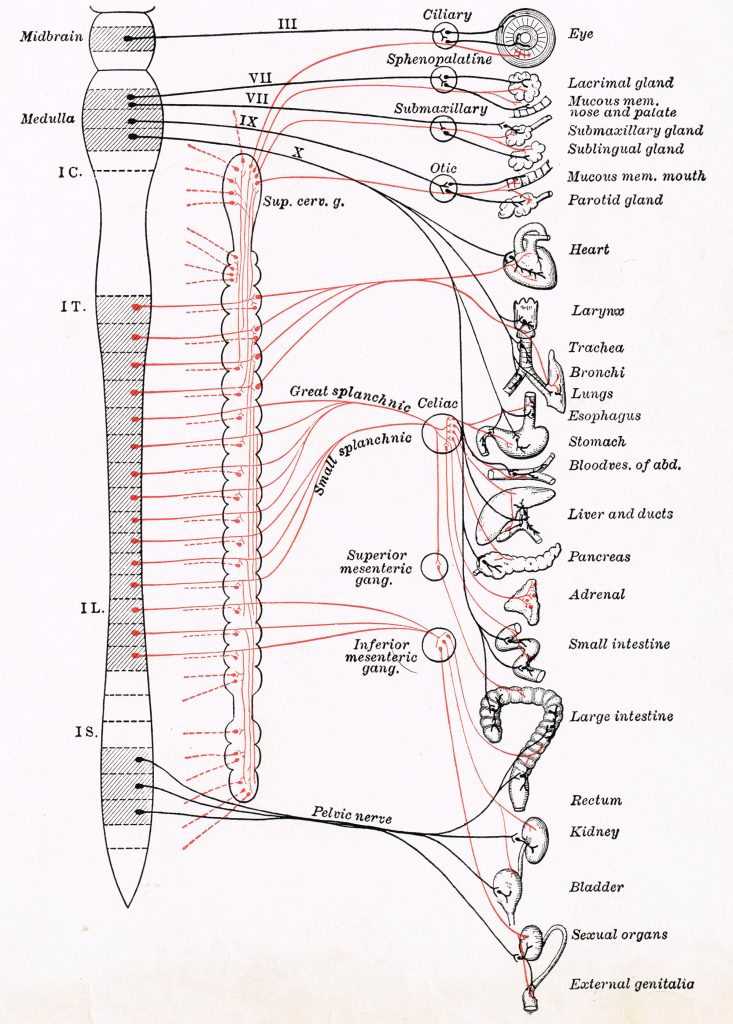 There is growing evidence that in the majority of instances the “interference” which chiropractors have been correcting with varying degrees of success for the past 70 years is not satisfactorily explained by the two above-mentioned hypotheses.

It now seems more likely that the vertebral subluxation, rather than being the static cause of disease, can play a dual role. It may both initiate and/or reflect neural dysfunction, manifesting itself both as a cause and a symptom of a more profound disturbance deep within the nervous system.

Interference as we now understand it is neither a blockage nor an abnormal stimulation of the normal nervous impulse. Rather, it appears that that which is corrected is a build-up of neurological dysfunction which, once set into motion through various stress factors, is capable of existence without further abnormal irritation. Having once reached this state of development, abnormal function becomes a reflection of established abnormal neural control. In its superficial aspects, it is observed as a zone of reflex aberration; a change in the mode or design of appropriate response to normal stimuli. In its totality, it may represent a completely new nervous system, programmed on modified premises, responding in abnormal function, unable to integrate normal defense mechanisms, and even ultimately initiating its own pathologies.

The observation that the existing vertebral subluxation is secondary, at least in advanced disease processes, to some other more deeply-seated cause, has long eluded investigators due to a lack of appropriate systems of analysis for observing the phenomena which deny the primacy of the subluxation postulate. This is not to deny the primacy of the subluxation in the initial stages of a neuropathic* process. Quite the contrary, evaluation of clinical data indicates the “mechanical-neural” stress complex can be artificially created instantaneously without producing any noticeable change in musculo-skeletal organization. Even though there is a spontaneous and automatic reaction in such an event such action is seen to be quite capable of producing a reaction of sustained neural dysfunction in geographically associated elements of the neuromere. It is reasonable to suppose that some neural elements are, for one reason or another, more susceptible to rapidly changing stress complexes than other tissues such as those which form the composite of intervertebral articular substance and neurodokon.

*Neuropathy as used in this text is defined as any derangement of neural activity.

From these observations it is possible to theorize that a “primary” subluxation is in fact the initiating factor of the segmentalized neuropathy. It is now understood that it is only necessary for the subluxation to be present momentarily, from a historical standpoint, to initiate a type of injury to neural elements whose latency of repair of such injury is extended in time beyond the more spontaneous recovery of the musculo-skeletal strain of the articulation. It must be remembered that the neural processes which the subluxation initiates contains internal stresses which, in future development, can produce diffuse, and seemingly unassociated, far-reaching functional aberrations. It is doubtful, therefore, that what is judged in the clinical examination of the patient to be a subluxation is ever the initiating cause of the disease process. The observed spinal abnormalities are more likely the products of a neurological disintegration of structural control – an advanced stage of a process proceeding throughout the nervous system – originating from the point in time of its original creation.

Unless advances are made beyond old mechanical concepts, into concepts embracing the neurological factors associated in the disease process, one finds it difficult, if not impossible to explain the great paradox of chiropractic – that different adjusting techniques, based on conflicting premises, often produce the same impressive clinical results.

The vertebral subluxation becomes more subtly understandable when viewed as a symptom of an aberrant postural reflex which is normally inter-segmentally associated through nerve networks located on each spinal cord level. Such sensory-motor neural control must be totally integrated to produce coordinated motion in the spinal column as a whole unit. The etiology of the vertebral subluxation may well be physiological or mechanical trauma to the proprioceptive fibers, a neurological insult to the nervous control mechanisms servicing the articulation. This action would result in a deranged appreciation by the appropriate spinal and cerebral centres of the position in space of the respective vertebrae.

It is, therefore, an over-simplification to interpret the muscular splinting which accompanies injury to the spinal articulation as being a mere facet of a normal defense and repair mechanism. It is more likely that such behavior should be recognized as one of the manifestations of the sequential development of the independent neuropathic entity. Similarly, insulin injections are followed by a drop in blood sugar level if the nervous system is functioning normally, but initiate no change at all in blood sugar level while the nervous system is anesthetized and thereby unresponsive. Potassium cyanide in lethal dose will cause convulsions and sudden death through the neuropathy initiated in a responsive nervous system, but an anesthetized animal shows no symptoms at all. The poison is excreted in the saliva and the animal arouses from the anesthesia quite unharmed. Likewise, the majority of clinical symptoms, fever, changes in blood count, and even antibody production are all the results of nervous reflex action. Caution must be taken in the evaluation of local signs of dysfunction, since it is difficult under the best clinical conditions to distinguish accurately between functional derangement reflecting abnormal neural control, and either extreme of hyper- or hypo-function within the normal range of controlled adaptability.