This essay by Watkins elaborates on the segmental neuropathy of kinesiology, as well as some of the clinical applications.

*It is included as part of R.J. Watkins’ collected writings: The Complete Chiropractor 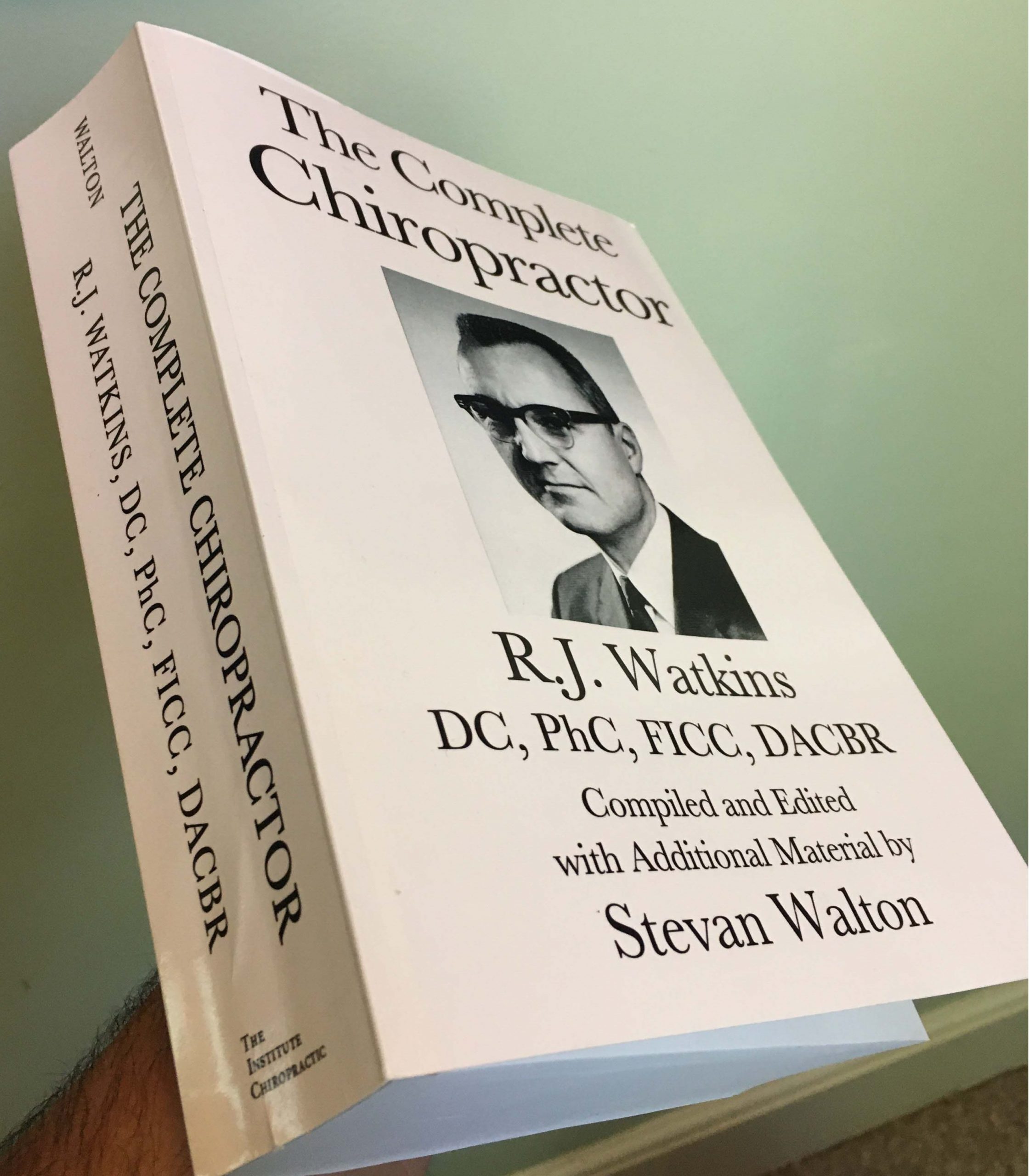 A combination of cineroentgenography, precise adjusting and monitoring of vasomotor control has revealed the most accurate inter-relationship to date. The fascinating results of neurological monitoring are giving us an indicator much deeper than before into the maze of pathological reflexes described by Speransky. Breaking up the constellation of patterns of dysfunction is obtaining near miraculous results in many so-called irreversible pathologies. This is now answering our questions as to why sudden relapses do occur and why a sudden complete recovery occasionally takes place a month after a series of apparently fruitless adjustments. This breakthrough where we must now take the offensive in delineating the expanded concept of the subluxation is being presented by H.M. Himes, D.C, Dean of the Canadian Chiropractic College. We are inviting further investigation by all the colleges and research groups, then to let the field of science know that we are here and are contributing to neurophysiology and to health.

The most recent cineroentgenological studies are quite revolutionary. In some of Fred Illi’s original cervical films we saw a very uneven pattern of flexion and extension in the cervical spine but several new patterns have recently been recorded. One is a case in which the lateral cervical films in extension, flexion and neutral positions are all quite normal. But there is a “jerky” motion through this range. A series of tracings, Fig. A. illustrate how this atlanto-axial flexion was sudden and complete concurrent with an atlanto-occipital extension which was then followed by total atlanto-occipital flexion as the chin was dropped still further. This is a movement which is not easily demonstrated any other way than by cine. A very light adjustment with the finger tip was followed by a marked neurological improvement of symptoms throughout the body and by a much more even, smooth motion of each segment through the total neck flexion. This would then imply a greatly expanded concept of spinal kinesiology, not static position only, but also the “quality” of each movement. The far reaching syndrome of dysfunction can thus be triggered from an area which is almost geometrically perfect while at rest and also at the extremes of motion, but which shows abnormal motion. Aside from the vasomotor monitoring device mentioned, the only other effective office methods currently available are palpation of intrinsic muscle tone and of motion palpation.

The reflex patterns in the nervous system have been approached and normalized to varying degrees by many different Chiropractors with a myriad of different types of adjustments. Our compilation of data resulting from many of these recent studies has given us a new perspective for evaluation and judgment of the efficacy of all the past techniques as well as a fascinating new one which can best be labeled “AURICULAR PROPRIOCEPTIVE TECHNIQUE.” Another article details this.

One subject who claimed to be perfectly normal and symptom free showed drastic neurological involvement of the entire low thoracic and lumbar region. He later admitted to periodic excruciating low back ache of a sciatic type. A cine film strip revealed an atlanto-occipital hyperextension subluxation with the posterior arch of atlas very tight against the base of occiput due to posterior atlanto-occipital muscular spasms. Fig. B.

This was adjusted effectively by moving the atlas from the posterior bilaterally and immediately palpated in a much better position. Vasomotor control monitoring showed no improvement in the neurophysiology. The patient was placed supine and palpated again showing almost complete recurrence of the subluxation within these few minutes. The helix of the ear was grasped firmly and lightly to initiate proprioceptive sensations affecting the cervical righting reflexes. There was almost complete and sudden relief of the subluxation. The intrinsic muscle hypertonicity cleared within one minute and the patient was left to rest for a few minutes further. Dramatic neurological improvement was monitored and a subsequent cine strip showed very normal atlanto-occipital flexion. After this the patient was questioned further and admitted that he had a stiff neck for over two years since an automobile accident which was now, following the adjustment, the best it had been for all those years. A re-check three weeks later showed a minor build-up of tension after a prolonged study session two nights previously.

We have heard from various sources that there is very little motion within the thoracic spine because it is severely limited by the rib cage. One set of films done very recently, has revealed 24 1/2 degrees of flexion from the neutral position between T8 and 12. One may well wonder where the sternum goes during this excursion but this can be readily demonstrated. Lateral bending between T8 and 12 in this same patient revealed 32 degrees of angulation. Remember that this is the total physiological range of the entire thoracic cage as a unit, which may well show considerably less motion between individual vertebrae than will an acute local subluxation where the one articulation is distorted to a maximum and not limited by similar motion of the adjacent vertebrae. This subluxation often shows 10 degrees of tilt and even more rotation. One of the frustrating situations in evaluating such a spinal distortion is the case of the unattended subluxation which has partially reduced through rest without benefit of chiropractic care. Intrinsic muscular, ligamentous and neurological adaptation at times leaves this articulation eventually almost symptom free. As demonstrated in the Waldo E. Pohner Honorary Lecture on “Normal and Abnormal Pelvic Kinesiology” at NCCB Symposium in Denver, Colorado, April 1963, the patient may have had a trauma which subluxated the vertebrae into a symptom source while being geometrically perfect in alignment with its neighbor. This again is where careful palpation of the intrinsic musculature and of joint motion is a great help. The vasomotor monitoring system previously mentioned frequently indicates that this gross subluxation is not the best place to start adjusting and that its maintenance and correction may in turn both be triggered from a distant area.

From this very brief paper it can be clearly seen that we must either adopt another terminology or expand the connotation of the term “Chiropractic Subluxation” to include not only the geometric positions of the two adjacent vertebrae, but also the aberration of the normal conversational tone of sensory stimuli into that neural segment and the total syndrome of effects on peripheral organs and distant segments. Fortunately, with the present degree of co-operation between the Colleges as a source of real research we can anticipate a great unfoldment of the Chiropractic concept.