The Science of Chiropractic

“The science of Chiropractic has modified our views concerning life, death, health and disease. We no longer believe that disease is an entity, something foreign to the body, which may enter from without, and with which we have to grasp, struggle, fight and conquer, or submit and succumb to its ravages. Disease is a disturbed condition, not a thing of enmity. Disease is an abnormal performance of certain functions; the abnormal activity has its causes, as much so, as the windows which are bound and cease to be moveable, or the transoms and doors which are unable to close, because of the settling of some portion of the building. The morphological alterations of the body superinduced by displaced structure can be located and as surely corrected as can the sagging of the building.” 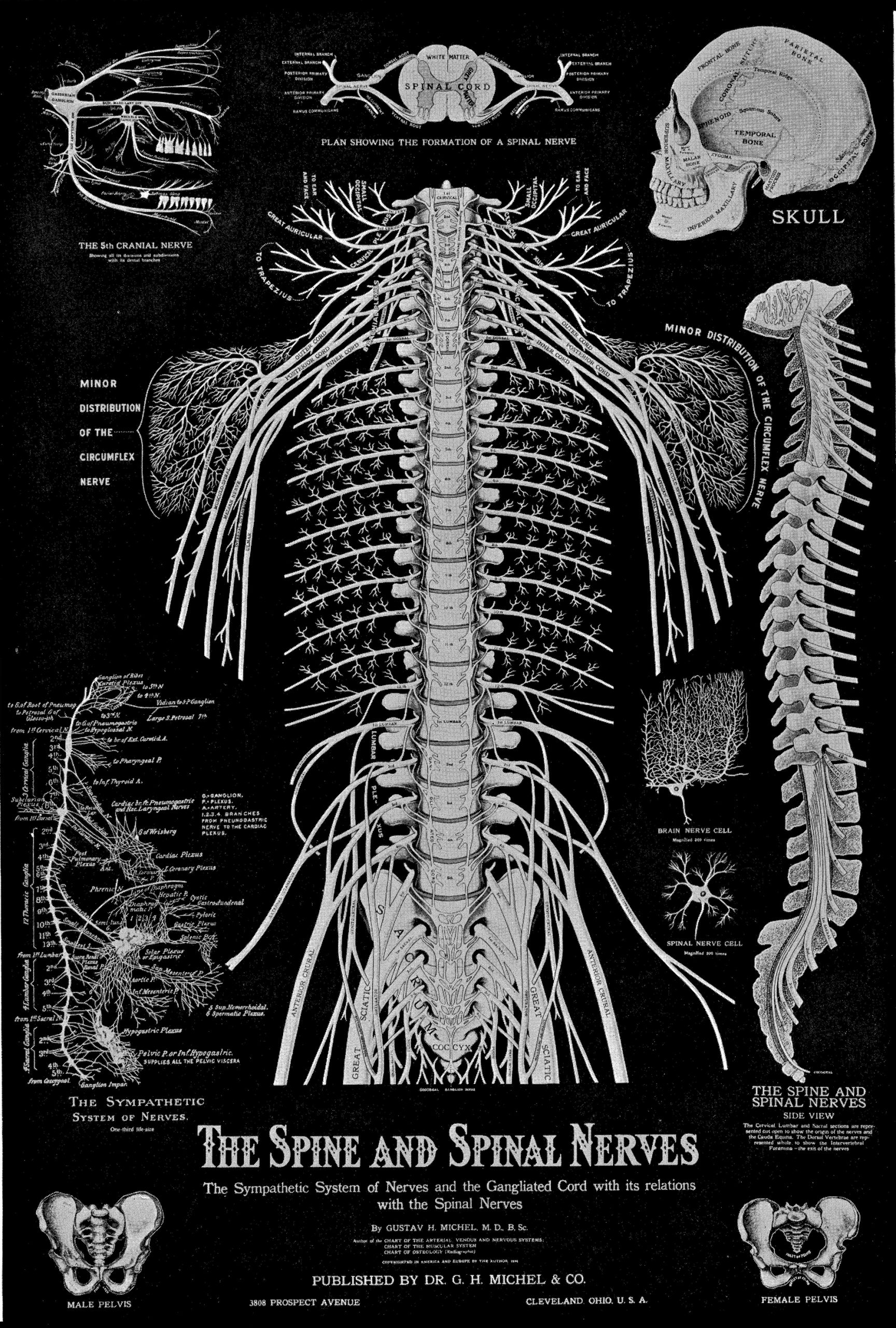 “Disease does not involve any new functional expression which the body does not already possess; it is only a change in the amount of energy and function performed. The body in disease does not develop any new form of energy; what it already possesses is diminished or increased, perverted or abolished. In health there is a constant physiological, invincible molecular change –the manifestations of energy. In disease this manifestation of energy is modified and the quality of structure is altered. The transmission of physiological impulses in normal amount is health; in a less or greater degree, disease. Physiological metabolism is health; pathologic metabolism is disease.”

With this view, it can be stated that optimum health may be compared to a delicately poised high-wire artist who maintains his balance by incessant identification and compensation for minute changes in his position. In contrast to this comparison, the spinning top, stable in its own inertia, slowly wobbles to a stop if more speed is not injected periodically.

Every puff of breeze, every twitch of wire, every thousandth of a step disturbs the status quo and demands immediate response by the performer. This response must be instantaneously and perfectly judged, otherwise swaying, which is inevitable, becomes uncontrollable – then he topples. Thus it is in your body: every system, every organ, every fiber, every cell is in a state of constant flux, adapting to the changing stress of environment. This activity, exhibiting intelligence*, does not ebb passively to and fro like seaweed in the tide. All indicating mechanisms must constantly be engaged in identifying the full range of all actions.

*The term intelligence is used in this manuscript not in the sense of the intelligence of the cerebral cortex of man, but rather in the context of the cellular, biological intelligence that distinguishes living from non-living things. It implies the capacity to choose the correctly graded responses necessary to adapt to constantly fluctuating levels and complexly interwoven patterns of changing circumstances.

Health requires integration of a multitude of functions developed and performed correctly, not only individually, but more importantly in terms of the sum total of all activities required by the body. Dependable balance or biological control requires an intricate system of communication for intelligent integration. The activity of each separate part must be inter-related with every other part. Each action and reaction must be modified according to an intelligent “pattern” or “design” as the highest attainable expression of life. These intelligent behavior patterns are held in the memory core of the nervous system for the entire spectrum of functional balance. This is true for the most complicated as well as the most fundamental acts which the organism may need to perform. Such a storehouse of information provides for an intelligent response which is inherently competent to maintain not only self-preservation, but improvement. The nervous system monitors not only extrinsic functions, but controls inherent function, protecting itself from imbalance with a precision no man-made electronic computer is ever likely to approach.

The eye, for example, is a self-contained photo-lab which processes motion pictures of the finest clarity, developing them in milliseconds. It is so unbelievably sensitive that it will respond to a single quantum of energy – the theoretical smallest particle into which energy can be subdivided. In everyday terms this means the ability to see a candle flickering at a distance of five miles in perfect darkness. Yet, this same eye can discriminate between grains of sand in the Sahara desert at noon.

To confound the imagination further – even as the eye is alerting the brain to approaching objects, some of which imply danger, the nervous system is monitoring the eye itself to control the amount of light which needs to be admitted.

The body’s response to infection is also under the control of the nervous system. Bacterial “invasion” can impose specific forms of irritation onto tissue in ways which damage the cellular structure beyond the limits of its normal spectrum of adaptability, wherein the expression of life becomes impossible. Yet, infection in the great majority of instances is contained within a circumscribed area.

Even at the moment of invasion the nervous system is intimately involved in the “battle” between micro-organism and tissue cell, setting into motion neural discharges which identify the specific character of the irritation or injury. Such information plays the leading role in the ultimate design of specific reactions which contain and destroy the invader. Information regarding the entire episode is stored in the nervous system as a defense mechanism of functional behavior specifically designed to increase the body’s resistance to possible future re-infection by the particular micro-organisms.

An example of how the nervous system acts to impart immunity to bacterial invasion can be illustrated experimentally through the reaction known as active local immunization.

If the skin of an animal is exposed to “antigen” for approximately 24 hours prior to an experimental live virus inoculation, the virus will be unable to overcome the defense mechanisms of the tissues. If, however, the nerve which monitors the sensory field of the exposed skin is destroyed prior to application of antigen, local immunity will not develop. Inoculation with live virus under these conditions will produce severe infection. Health may therefore be said to represent an intelligently controlled balance between forces of stress, and the ability to adapt.

This balance can be toppled from two directions. The external stress can so overwhelm the tissues that no amount of internal nervous adaptation can absorb the shock, and damage to the tissues will result. In contrast, the internal nervous component of control of all cellular activity can be changed in such a way that the full range of tissue adaptability to stress is reduced, seriously impairing the body’s maximum defense potential.

The explanation of disease as a failure of adaptation to environment is perhaps the most significant concept to come out of medicine in this century. This concept contradicts the premise that every “named” disease has a separate etiology; reiterating the far more dynamic idea that each disease has a common denominator with all others; to repeat, failure of adaptation within the organism. However, to qualify the above statement, it is not the intention of this work to ignore the existence of recognized environmental factors that contribute to the establishment of a peculiar pathological condition that gives a “disease” its appearance as a classical entity.

Certainly it is obvious that a renal disease will have different clinical manifestations in comparison to a pulmonary disease, but this is simply because the functions of these organs are entirely different. Should a patient die of a kidney disease, it is because no other organ can adequately compensate for, or adapt completely to, the loss of renal function. Essentially the patient dies from inadequate adaptation to the renal problem. This same state of affairs applies to the pulmonary disease reference and to every other organ pathology.

Diagnostically, it is important to gauge the degree of malfunction in a given organ or system, primarily to commit or set up adequate patient management, which will minimize the effects of the stress produced by the malfunction. For this reason, and to this extent, commitment to standard orthodox diagnostic procedures is required. It is admitted that while knowledge of the individual organ or function in pathology is vital for proper patient management, what is more important by far is to evaluate properly the nature of the failure of adaptation itself. This work pioneers this concept realistically. It will be shown that adaptation is the functional response of integrated neural control, and when adaptation fails, it is a sign of loss of neural control.