TIC Masterclass 2 – Subluxation and Innate, how confident are you?

Have you ever found that you lack confidence when someone challenges your idea of the vertebral subluxation?

Have you ever seen chiropractors branded as B.J.-followers, disciples, or called dogmatic?

Have you ever heard the claim that B.J. believed it had to be HIO and nothing else?

Have you ever been told that the vertebral subluxation is an outdated model, that has not evolved since D.D.?

Do you think you would struggle at all in clarifying your position on any of these, or discussing where you stand on vertebral subluxation in general? 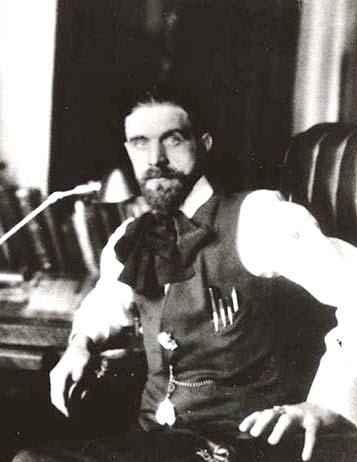 TIC Masterclass 2 was developed to help you build your confidence in vertebral subluxation foundations and Innate philosophy. Also, the class is designed to grow your own level of consciousness so that you may enact the richness of the chiropractic paradigm from a greater perspective.

Here’s some examples of where our understanding has been derailed and where your self-esteem and self-confidence as a chiropractor may have been hit:

Navigating the Bias Against B.J. Palmer

The history of ideas in chiropractic cannot be understood without confronting the legacy of B.J. Palmer. He was a brilliant and polarizing figure. During his lifetime he feuded with many chiropractic leaders. Those feuds led to a charged, complex, and sometimes biased literature.

It has been very difficult for chiropractors to maintain certainty about central moments in chiropractic history in part because of this problem with the literature.

Chiropractors who have never read B.J. Palmer or studied his theories have opinions about him. And those that have studied him are often maligned as “followers,” “disciples,” and dogmatic believers.

It is time for the profession to recover from this misuse of historical writing.

TIC Masterclass 2 is designed to give you the tools to lead this recovery by learning the facts.

Another goal of TIC Masterclass 2 is to help chiropractors build certainty about the vertebral subluxation.

Learn to distinguish between subluxation theories and historical models of subluxation in three ways:

You will develop the skills to successfully refute statements like, “If D.D. could change his theory three times then why on earth would the chiropractic profession want to pick one of D.D.’s or his son’s theories and etch them in stone? That is dogma that has no place in modern health care or modern chiropractic.”

In TIC Masterclass 2 you will learn that the history of ideas in chiropractic is fascinating and rich.

B.J. Palmer’s Innate philosophy is another area of the literature that is often confusing and difficult to navigate.

This is true because Innate Intelligence was used to describe at least two different types of activity:

The chiropractic Innate philosophy is very complex. It begins with D.D. Palmer’s original ideas and was developed over the decades by B.J. Palmer and many other chiropractors. It embodied several levels of meaning.

TIC Masterclass 2 is designed to teach you a basic history of Innate theory and how to apply it:

TIC Masterclass 2 is designed to help you better understand the richness of our chiropractic ideas as a meaningful foundation for the great work that you do.

TIC Masterclass 2 is available to all members of The Institute Chiropractic.

Each weekly lecture for TIC Masterclass includes 20-30 minutes of content.

Reading assignments are suggested each month to supplement the lectures.

Discussion questions are posted each week on the TIC forum.

July 2 –B.J. Palmer expanded on Innate Theory in three phases over his career.

July 23 – Confronting the bias in the literature about B.J. Palmer and the Keating Debacle.

July 30 – How does “subluxation denying” show up in the literature?

August 27 – Foundation of Subluxation Theory 4 – Development of theory in the Green Books.

September 17 – Criticisms of Innate Intelligence in the literature.