The science behind D.D. Palmer’s theories was advanced for his time. This is important because some chiropractors are still unclear about D.D. Palmer’s knowledge of anatomy, physiology, pathology, and surgery.*

This post focuses on D.D. Palmer references rather than the articles, interviews, and public presentations that misrepresent the history of ideas in chiropractic.

Twenty-three years ago, a landmark paper was published on D.D. Palmer references. The article was subtitled, “The Founder was Into the Literature.”

The authors document D.D. Palmer references in an amazing way. They were able to demonstrate that the founder of chiropractic was current on the latest textbooks in his field.

D.D. Palmer references were compared to the books that medical schools required during that time. In his 1910 book, D.D. Palmer referenced the latest texts alongside previous editions. He even gave some historical citations going back almost 100 years in the literature.

D.D. Palmer was a self-taught expert on anatomy, physiology, and pathology.

Reprinted with permission from the AHC

Leaders of the chiropractic profession should demonstrate a mastery of chiropractic’s history of ideas. In the past, there simply wasn’t a great deal of information. Most authors did the best they could with the resources they had. Today we know much more about D.D. Palmer and we have access to virtually all of his writings.

Also, we now have access to most of his references!

Here are two example of how D.D. Palmer used the literature to develop his theory of vertebral subluxation.**

D.D. Palmer on Subluxation as a Partial Displacement of Articular Surfaces

In the article, he provides 27 quotations to support the following statement,

“It is interesting and instructive to notice the various opinions of medical writers, in regard to luxations of the vertebral column, and how near they were onto that which is now known as Chiropractic. Below are given extracts from standard anatomies and orthopedical books.

A Chiropractic luxation is where the articular surfaces of any of the 51 spinal joints have been partially displaced, and not usually accompanied with fracture. The replacing of these sub-luxated vertebrae are readily accomplished by a Chiropractor. When we refer to Chiropractic luxations of the spinal column, we speak of those which have been only partially displaced in the articular processes.”

Most D.D. Palmer references are now digitized and available online. It is very easy for us to check his references.

Here are a few:

Regional Anatomy in its Relations to Medicine and Surgery Vol. 2

A Text-Book of Anatomy by American Authors

The Science and Art of Surgery

D.D. Palmer referred to the stretching of nerves in relation to displaced vertebra as early as 1899. By 1910, D.D. cited Landois to support the latest development of his theories. He quotes Landois description of nerve stretching and then says,

“Nerve tension, nerve stretching, acts as an irritant, causes too much functionating, too much action, a waste of energy. Extreme tension causes paralysis. Bones of the body framework give to nerves a proper and normal tension, known as tone. If they are displaced, they will cause either more tension or relaxation. If so, why not replace the displaced bone which is causing tension or relaxation?”***

He also referenced Landois, Gould, and Lippincott to support his theories on the effects of nerve irritation. He proposed that the irritation of the nerve is related to the atomic activity of the nerve. He referred to this as his “thermal-nerve theory.” Life processes were viewed as vibratory. Subluxation causes too much or not enough function due to increased vibration or decreased vibration. This leads to increased or decreased tonicity of the organs or tissues. Thus, chiropractic is based on tone. 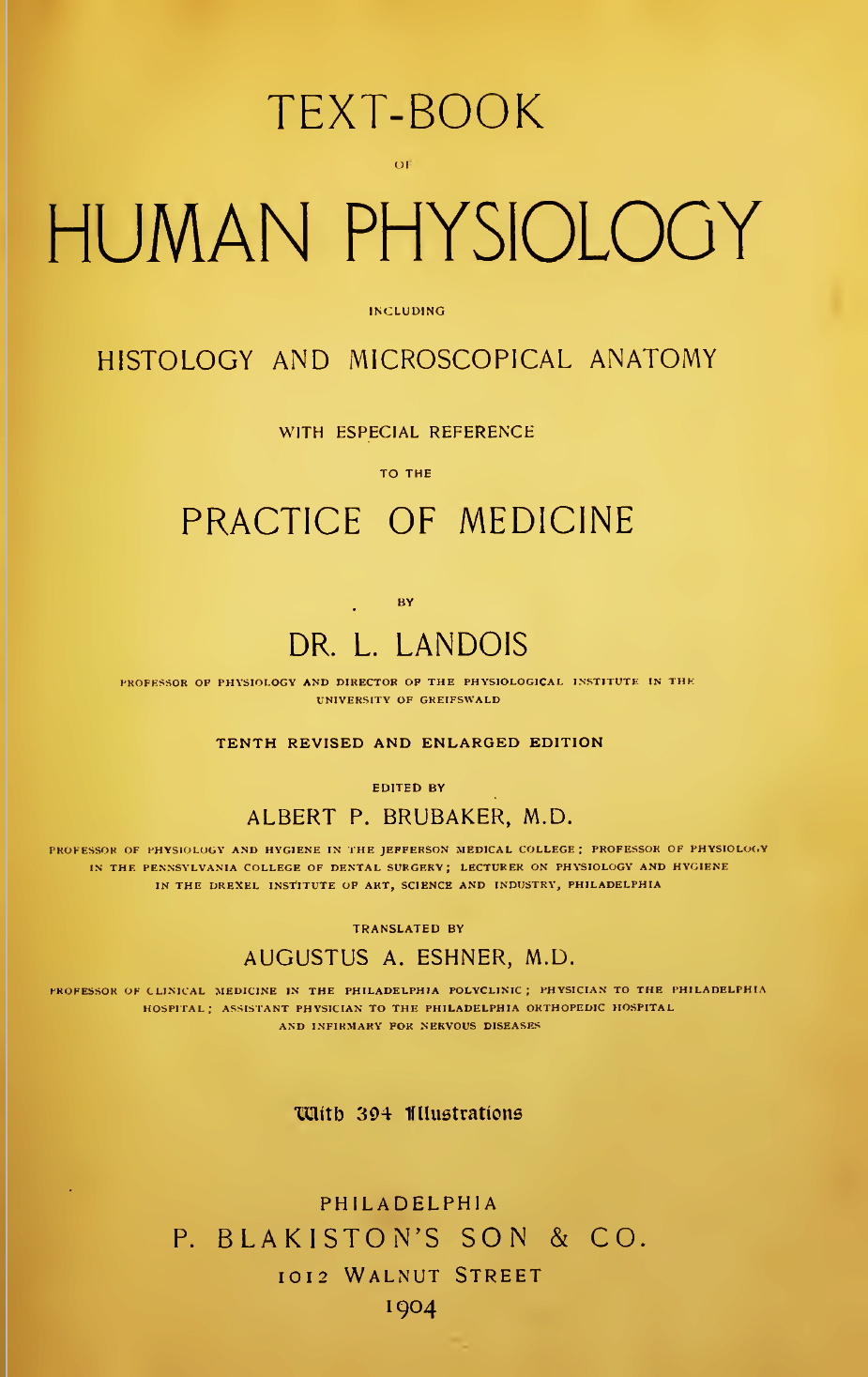 Chiropractors who criticize the use of D.D. Palmer’s theories in modern practice should be wary of their argument style. A critical approach is essential especially when taking a dismissive stance.  An academic discussion about the history of ideas in chiropractic should include historical facts and evidence using appropriate references. Otherwise it is just rhetoric.

For example, it is too easy to assume various things like; just because the term “subluxation” is being used that it is the same definition that was used a century ago. A simple look at the literature and textbooks on subluxation will demonstrate the fallacy of that position.

Then there is the mistaken assumption that those who invoke D.D. Palmer’s ideas or B.J. Palmer’s are automatically putting them up on pedestals, appealing to authority, or the strangest claim; making chiropractic into a religion. It is true that chiropractors in the past have exalted the Palmers. And some chiropractors may still do that today. And yet, most do not. That is an important distinction that gets glossed over or perhaps is just not commonly understood.

There is a big difference between appealing to authority and learning from the past. The fact of the matter is that D.D. Palmer developed a new paradigm, the chiropractic paradigm. In the Kuhnian definition of the term, a paradigm must include a new radical viewpoint with a practice that enacts it. D.D. Palmer’s paradigm was that irritation of the nervous system due to impinged or stretched nerves (usually of the spine) led to abnormal function of the nerves. This could be a primary or secondary contributor to pathophysiology. The practice of chiropractic is to adjust the spine to release the irritation and normalize intelligent function.

Critics should examine D.D. Palmer references along with his clinical observations and then re-frame the critiques so that they are evidence-based. Are D.D. Palmer’s ideas being correctly described? How EXACTLY has his paradigm been debunked in the literature? Has it? The task for a critic is to determine how his work is being applied in relation to today’s practice, which should include objective assessment not assumptions.

*The surgery literature of the time included detailed explanations of the spine and nervous system.

**According to Faulkner’s book, he first used the term a few months after O.G. Smith, in 1902.

***His term “functionating” was in use at the time.

Thank you, Dr. Daniel Knowles, for posting a video of the philosophy panel from Mile High 4. The panel took place in Westminster, Colorado in August of 2016.

The Institute Chiropractic (TIC) organized the panel. This included Dr. Simon Senzon and three members of TIC: Dr. Barry Hobbs, Dr. Jack Bourla, and Dr. Phil McMaster, as well as Dr. Joel Kinch as the MC (another member of TIC).

Please click on the image to go directly to the Mile High page and watch the discussion.

Some Questions for the Ages

We decided to use three short videos from The Institute Chiropractic to inspire discussion. The topics ranged from B.J. Palmer’s thots about Innate Intelligence, Educated Intelligence, and Function, to various types of Vertebral Subluxation, and ultimately Universal Intelligence. The videos were just a starting point.

The discussions ranged from the complexities of Innate Intelligence to the interesting life of D.D. Palmer. By watching the discussion, you may learn some new facts. You will certainly discover what types of interactions await at the next Mile High and on the discussion forums of TIC.

Chiropractic and proprioception have been intertwined for over one hundred years. In TIC VLOG Episode 3, I answer a question about this topic in relation to the book Segmental Neuropathy. Arthur Heintz, DC, linked chiropractic and proprioception in 1912. He also influenced Verner and R.J. Watkins. They were two of chiropractic’s most important theorists of the last century. Much of today’s subluxation theory can be traced to their research.

My favorite story from the early days of DD Palmer’s chiropractic comes from 1902.

BJ Palmer was practicing in Manistique, Michigan. BJ got a telegram from his dad asking him to return home. When BJ arrived, DD had sold almost everything. He was leaving for California. DD told his son to gather up $200 and meet him there. 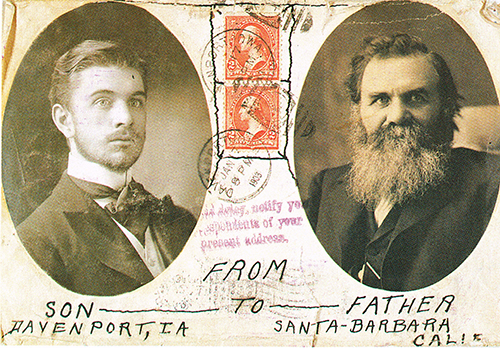 This was an extraordinary situation. Palmer had a busy practice, a school, and 42 rooms on the top floor of the Ryan block. I always knew about this story. The facts did not make sense until I studied Rolf Peters’ book and got a copy of the ad.

The circumstances were strange. DD skipped town with loads of debt. Back rent was due and he had patients to care for. Weirder still was that the day he left town on July 14, 1902, he published his first full page ad in the newspaper.

The ad itself is amazing. It described the basics of DD Palmer’s chiropractic paradigm for the first time.

Because of this ad and some other writings from earlier in the year, I declare that 1902 was DD Palmer’s chiropractic year.

He uses the term luxation more than ever. (He didn’t start using the new term subluxation until 1903.) He also described the importance of the IVF and how nerve pressure leads to disease. Health is when the body is at ease. This is when the nerves are free to act naturally or as nature intended.

There were several other ideas that he described at this time including “our philosophy of treatment” and his first use of innate intelligence. He even described the main principle as: take off the pressure.

DD Palmer’s chiropractic paradigm can be described like this:

The body is self-healing and self-organizing. This self-organizing, coordinating, and otherwise normally functioning process is the work of the Innate Intelligence.

Innate Intelligence operates over the nervous system. Subluxations create dis-ease because the nerves are mechanically deranged. This causes pressure. Pressure leads to abnormal function. The chiropractic adjustment replaces the displaced vertebra. (DD wrote that chiropractors work with all 300 articulations but primarily the spine.)

The analysis and ultimately the adjustment combine as the method. The method brings forth the paradigm.

The rest of this story is even more compelling. DD wrote an article in 1905 titled Insanity. This article explains his reasons for heading west. Thomas Storey, one of the graduates from his school disappeared. Storey’s wife contacted DD for help.

Storey was spotted on the West Coast and had some form of amnesia. Palmer found him and adjusted his atlas. His insanity was cured.

And then of course there is BJ Palmer’s part of the story. (For the details, you should really get Rolf Peters’ book!)

BJ decided to stay and save the Palmer name. He ran his own ad series in August.

Those ads boosted his practice and the school. He paid off the debt, bought an automobile, and launched his career. The final ad in the series includes some of BJ’s first important chiropractic ideas.