Almost every year I learn more Stephenson facts. R.W. Stephenson was the author of one of the most well-known books from chiropractic’s history of ideas. And yet, most of the references to his work in the literature point to his 33 principles of chiropractic and ignore many of the other contributions in the text. I thought it might be useful to point out some of the other areas I have taken note of in his life and work.

Learning new Stephenson facts adds to our understanding of the discipline of chiropractic. 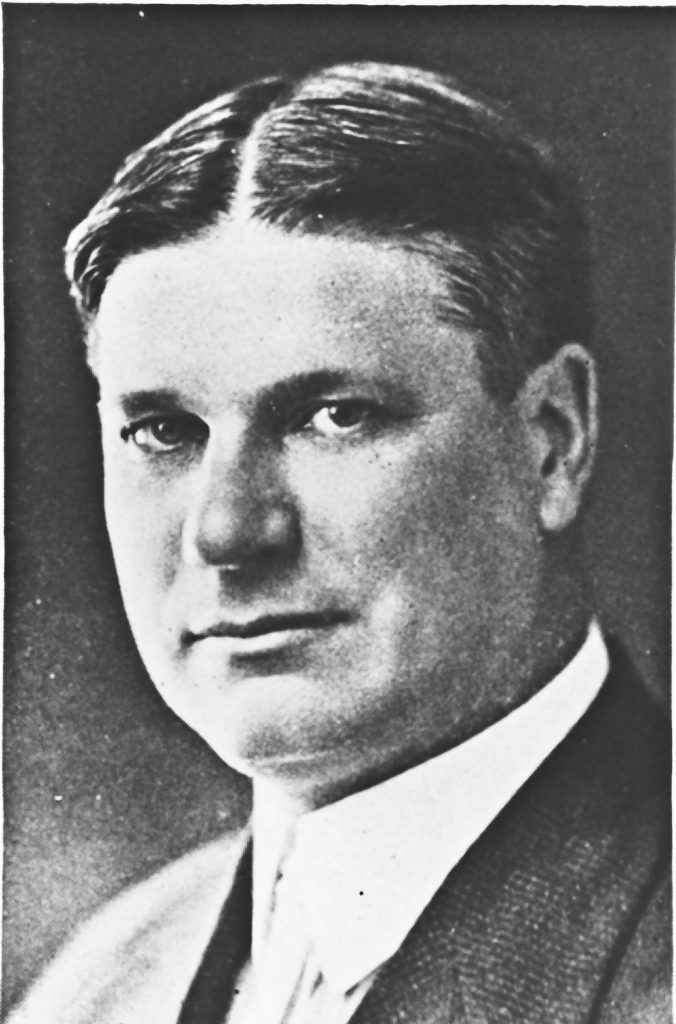 Since 1996, I have read his book every few years. That year is when I began my studies under David Koch, Val Pennachio, and Bill Decken. Each reading of the book offers new insights.

In 1999, I published an article, edited by Ralph Boone, which was based on an integration of Stephenson’s text with 20th-century theoretical biology. The article was in part, a response to a challenge from Boone to study the primary texts of leading biological thinkers. It was also the result of bi-weekly conferences with Koch.

In the article, I pointed out the four essential principles that dealt with the biological organization of living systems (21, 23, 26, & 28). The viewpoint in those principles was congruent with organismic biologists from the 1920s and subsequent systems theorists.

Mental Impulse and Signs of Life

In 2001, I included Stephenson’s contribution to the history of the mental impulse. He concluded that a current within the efferent nerve carried the “thought” to the tissue cell. Mental impulse was viewed as a thought in motion. The tissue, which also enacts intelligence, receives the mental impulse to express action.

In 2003, I noted that Stephenson’s use of Webster’s dictionary to define the five signs of life was antiquated. Newer definitions have emerged from systems science, complexity theory, and autopoietic theory. All of those definitions are congruent with the chiropractic paradigm and the comprehensive view of living systems put forth in the text.

Starting in 2007, I delivered ten hours of lectures at Sherman’s ACP. Topics included the history of philosophy for chiropractors, chiropractic and systems science, and chiropractic and energy medicine. These talks laid the foundation for many of my writings and courses.

In 2008, I included several of Stephenson’s contributions to the literature. These included his triune of matter, force, and intelligence, and also his phrase “universal forces.” These ideas were developed from B.J. Palmer’s models but were unique contributions.

In 2011, I presented my new series of papers on constructing a philosophy of chiropractic. Those talks are available for CE credit and also exclusively for TIC Members. In the talks, I used Stephenson ideas to explore some important distinctions of Innate Theory in chiropractic. 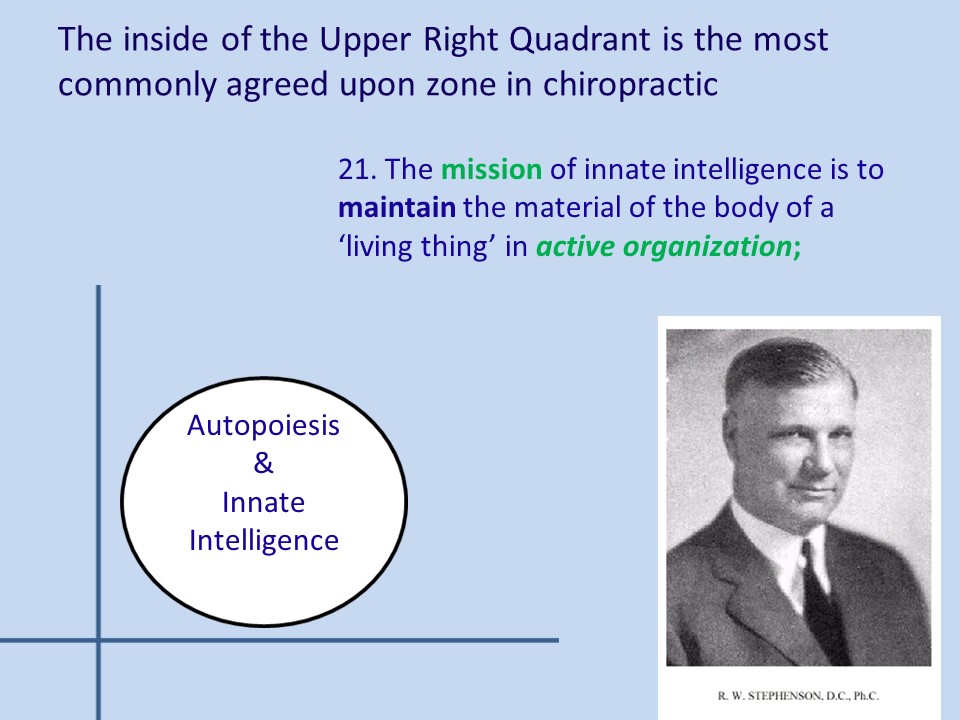 Stephenson and The Upper Right Quadrant

From the 2011 talk @ The KR Jones Philosophy Symposium

Innate was described as the inherent self-organizing deep structure of the organism. The term was also used by B.J. Palmer and D.D. Palmer to describe Spirit, soul, and various states of consciousness. An Integral approach allows us to sort through these seemingly contradictory definitions of the same term. For example, differentiating the biological organization as the interior of the organism is one aspect of the broader definition used by the Palmers.

In 2012, I taught a two-hour lecture in Mexico City on Stephenson’s text. I deliberately left out his 33 principles in order to highlight other aspects of the text. For example, he captured an early systems perspective. His view of living systems and specifically the human nervous system was described in terms of increasing levels of complexity. He correlated the complexity of the human nervous system with our increasing ability to adapt to the environment, become more and more sensitive, and develop higher levels of consciousness.

He also wrote of the transformation process in the brain cell in terms of a magnetic field, whereby intelligence gets a “grip on matter.” (I have since recorded lectures on all of these Stephenson facts, which are available for TIC Members.)

In 2014, I was pleased to publish Rolf Peters’ book An Early History of Chiropractic.** The book includes several new biographical facts about Stephenson that I was unaware of. For example, after he left Palmer in 1929, he moved to Boulder, Colorado. Then he returned to PSC in 1935 to study HIO and revise his book. In 1936, he was tragically hit by a bus and died two weeks later on April 5, at the age of 56.

I also learned about his other book, The Art of Chiropractic, which he also published in 1927. The book was written for his students in the Technique Department. He headed that department from 1926 to 1929.

In 2015, I taught about the history of subluxation theory and the relationship between chiropractic and systems science. In both talks, I included Stephenson’s vertemere cycle and his contribution to Cord Pressure Theory. (TIC Member access.)

I recently learned that the Vertemere Cycle could be traced to Craven’s Chiropractic Orthopedy. Craven must have taught Stephenson his theories, which were precursors to proprioceptive and degenerative models of subluxation.

The Forun and Creation

In 2016, I lectured at MileHigh about Stephenson’s and Craven’s incorrect use of the term “forun.” This was based on my reading of B.J. Palmer’s first edition of Vol. 5 or The Philosophy of Chiropractic. In Vol 5, B.J. introduced the term. It was defined quite differently in 1909. (TIC Member’s access: HERE.)

Recently, I tracked the two places where B.J. Palmer actually referenced Stephenson. In one of those, he seems to concur with the new usage of “forun.” I will revisit my critique one day soon.

In 2017, my understanding of Stephenson’s life and writings took a quantum leap. I taught several hours about Stephenson facts and theories. In my preparation for those talks, I learned several new facts about his life such as his love of violin making, the many technique courses he taught, and that students and faculty referred to him as “Daddy” Stephenson. He was a beloved instructor in the 1920s and also during his brief return in the 1930s.

I was also able to understand the development of his ideas leading up to his 1927 book. Stephenson published several articles in the journal The Chiropractor, published by PSC in the early 1920s. The articles give us a more nuanced understanding of his early thoughts and how they became the core elements of his text.

The most incredible Stephenson facts I discovered in 2017, was that he illustrated his books, Craven’s book, and also The Chiropractic Chart. I found this poster as a tiny advertisement in a 1926 issue of The Chiropractor. I recognized its value for today’s chiropractors and hired a graphic artist to redraw it exactly. This Stephenson Poster now hangs in chiropractic offices all over the world. It is finally getting used the way Daddy Stephenson hoped that it would. 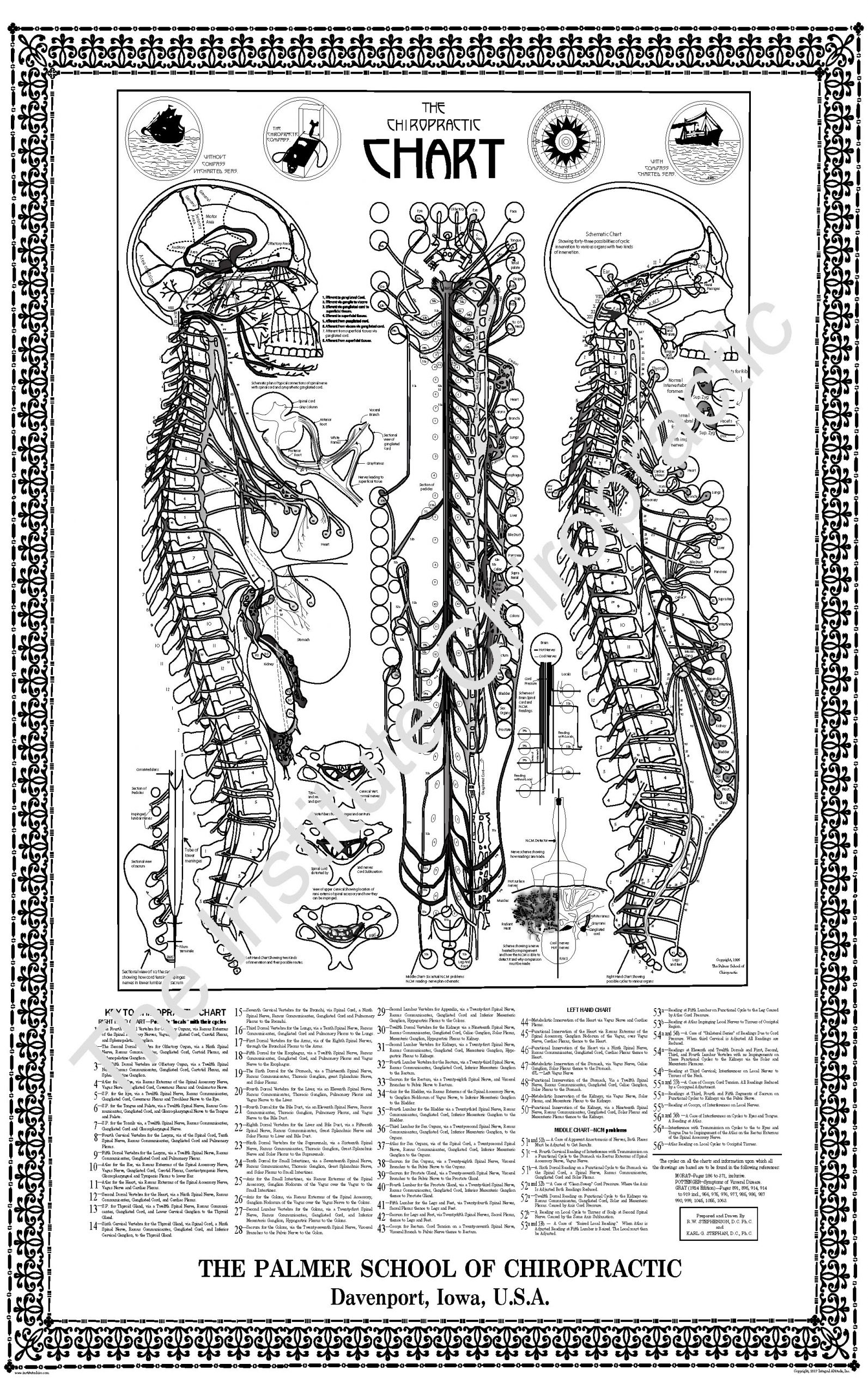 In 2018, I have already learned a few new Stephenson facts!

I just completed the Stephenson chapter for the upcoming book with Faulkner and Foley Palmer Chiropractic Green Books. The chapter goes through his articles, his books, and also his PhC thesis. That document is filled with gems.

We were able to track down where he taught school before matriculating at Palmer. It was likely a one-room schoolhouse. This would mean that he taught several grades at once, including Geometry. In the PhC thesis, he noted that teachers were upgrading the way they were teaching Euclid’s geometry. This is interesting because it helps us understand why he chose to write his book as a geometric proof or what he called a “deductive geometry.” The book will be ready soon. 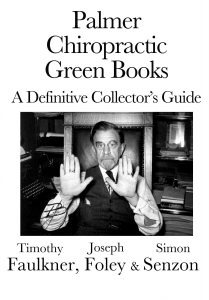 Finally, I just learned that my history of the chiropractic subluxation was accepted for publication. The articles include lengthy sections on Stephenson’s contributions to subluxation theory. It adds some essential Stephenson facts into the literature.

**Also that year, I republished Drain’s Chiropractic Thoughts, which might be viewed as the “sister book” to Stephenson’s text. It contains many of the same ideas but written in “street language.”