Every chiropractor should know about the latest research conducted at the Electrical Engineering Department at the University of Southern California. The research was published by R. Martin del Campo and Edmond Jonckheere. This is a continuation of the research starting in the 1990’s into the spinal wave associated with Network Spinal Analysis. There are several remarkable aspects to this research.

The researchers were able to reproduce previous findings. They measured the propagation of electrical activity in the muscles associated with the wave movement. To do this they used surface electromyography (sEMG) and characterized their findings mathematically.

A standing wave emerges as a manifestation of coherence in the spine.

The wave then settles into a Central Pattern Generator (CPG). Other known human CPGs include gait and swimming. The wave movement is another human CPG.

The wave emerges in response to low force contacts to the spine at areas associated with spinal cord attachments.

The researchers suggest that Breig’s Adverse Mechanical Cord Tension paradigm helps to explain the neurological loops that may lead to the rhythmic wave. Epstein included Breig’s work in the 1980’s.

He later suggested that the meninges act as a passive transducer in Panjabi’s stabilizing subsystem paradigm.

Experiments a Decade Apart were Reproduced

Another fascinating element of their research is that the phenomenon is reproducible. Different studies conducted ten years apart demonstrate the robustness of the wave. During that time period, the technology used to measure the electrical activity in the muscles changed, the software changed, and the NSA protocols changed. And yet the spinal wave was consistent. 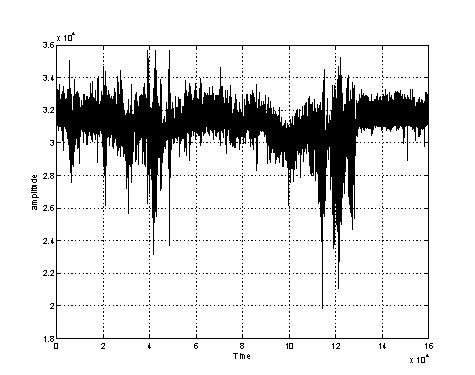 Interestingly enough, DeCampo and Jonckheere use the term “neuro-skeleton,” which originates with D.D. Palmer. They write,

“A standing wave is certainly a manifestation of coherence in the neuro-skeletal system. Since the spinal standing wave has its coherence extending from the neck to the sacrum, it is fair to say that this is a phenomenon of coherence at a distance. Coherence at a distance between EEG and/or (s)EMG signals is considered to be a sign of the nervous system able to coordinate activities of many muscles towards a specific motion.”

They even suggest that their methods may develop into a new way to assess the health of the central nervous system.