Starting around 1899, D.D. Palmer taught nerve tracing. The actual phrase “trace the nerve” first shows up in an 1897 testimonial from Samuel Weed. Weed also coined the word “chiropractic,” with hands only.

In March 1905, D.D. Palmer wrote, “The fundamental principles of Chiropractic are founded on anatomy, pathology, physiology, and nerve tracing.” 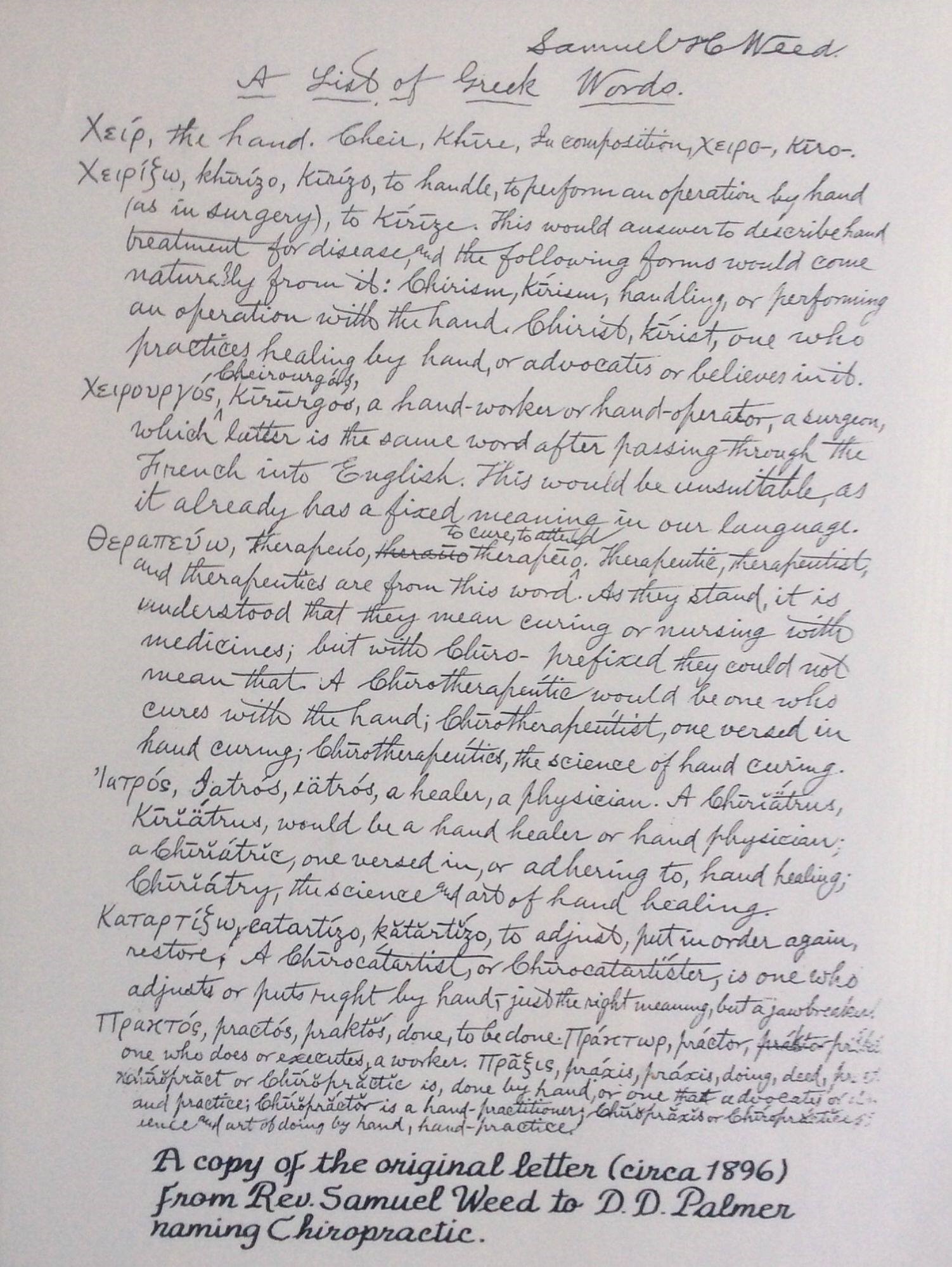 The naming of Chiropractic

If nerve tracing was central to D.D. Palmer’s paradigm, then why don’t most chiropractors today know what it is? After all, he wrote,

“The Chiropractor finds by nerve tracing, the occluded intervertebral foramina, which by nerve impingement, is the cause of abnormal functions. He then relieves the pressure by adjusting the displaced vertebra, by so doing, he opens the spinal foramen to its normal size.”

What is Nerve Tracing?

“Following a sensitive, swollen nerve from the place of impingement to its peripheral ending, or vice versa, by a discriminating touch; tracing it before adjustment by its rigidity and tenseness; then finding that it has become lax and not sensitive immediately after adjustment, is important in diagnosing many morbid conditions and proof positive that the lesion has been located and removed.” 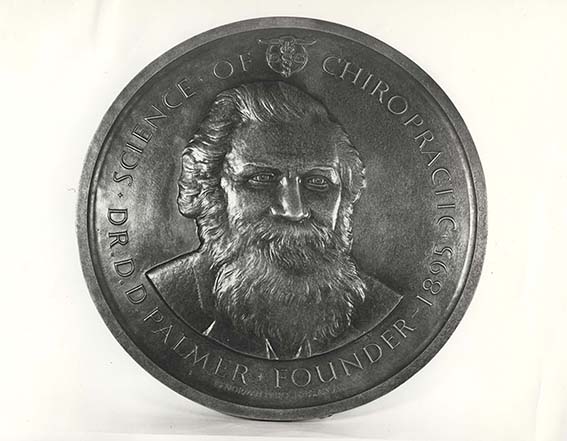 D.D. Palmer wrote that Nerve Tracing, “developed by me is the art of tracing sensitive inflamed, swollen, contracted nerves to and from the place of impingement and the organ or portion affected. This tracing, when made by an expert, is not only explanatory, but educational.”

The method developed from his old practice of magnetic healing, which he did from 1887-1896. He would find a tender spot around the symptom and lay his hands on it. Then, with Nerve Tracing, he would trace the nerve from that tender spot to the point of origin on the spine.

He also found that it was a powerful way to explain chiropractic to patients. He wrote, “There is nothing more explanatory and convincing to the prospective student or patient than nerve tracing.”

D.D. Palmer’s lecture notes from 1911 and 1912 included one lecture titled “Palpation and Nerve Tracing.” It was published posthumously in 1914 as a chapter in the book, The Chiropractor.

Several of D.D. Palmer’s students taught Nerve Tracing including his son B.J. Palmer, Mabel Palmer, John Howard, and Alva Gregory. Abrams even wrote about it in his 1910 book. (Abrams probably read it in D.D. Palmer’s writings.) 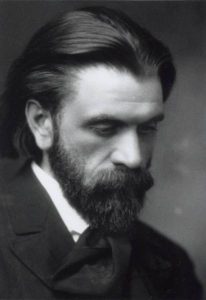 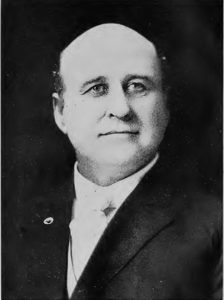 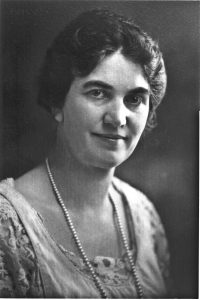 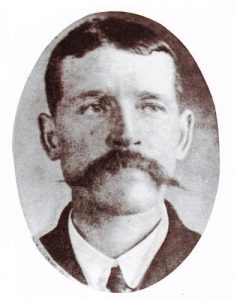 “In order that we may be enabled to do nerve tracing, the nerves of necessity must be supersensitive. That a nerve must be supersensitive, we must have some kind of impingement of that nerve; or some kind of mechanical interference affecting its cellular integrity. Such a condition of a nerve is produced ordinarily by some inflammatory process of a greater or less degree in the zone that is supplied by the nerve or by slight impingement where it makes its spinal exit.”

B.J. Palmer expanded on Nerve Tracing and developed the Meric System. His 1911 book included dozens and dozens of images. These were also used in the classroom and projected from slides with the stereopticon. (Rolf Peters’ book tells the story of the various early teaching methods at the Palmer School of Chiropractic.) 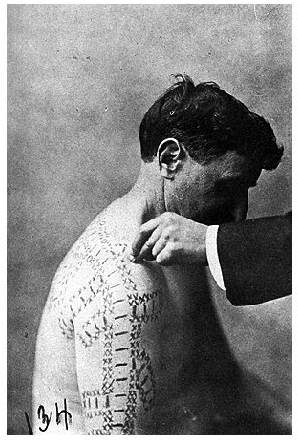 Loban defined it as follows: “Nerve-tracing is that branch of palpation by which the tenderness of irritated spinal nerves is discovered and their paths demonstrated.” He wrote a detailed chapter on the topic.

Drain also wrote a chapter on Nerve Tracing. He included it in the second edition of his book, Chiropractic Thoughts. These new writings along with several of his pamphlets, essays, and letters on success were republished as Mind and My Pencil. Drain wrote, “Nerve Tracing is the fine art of following the path of tenderness from the subluxated vertebra to the suffering, or the region over it.” 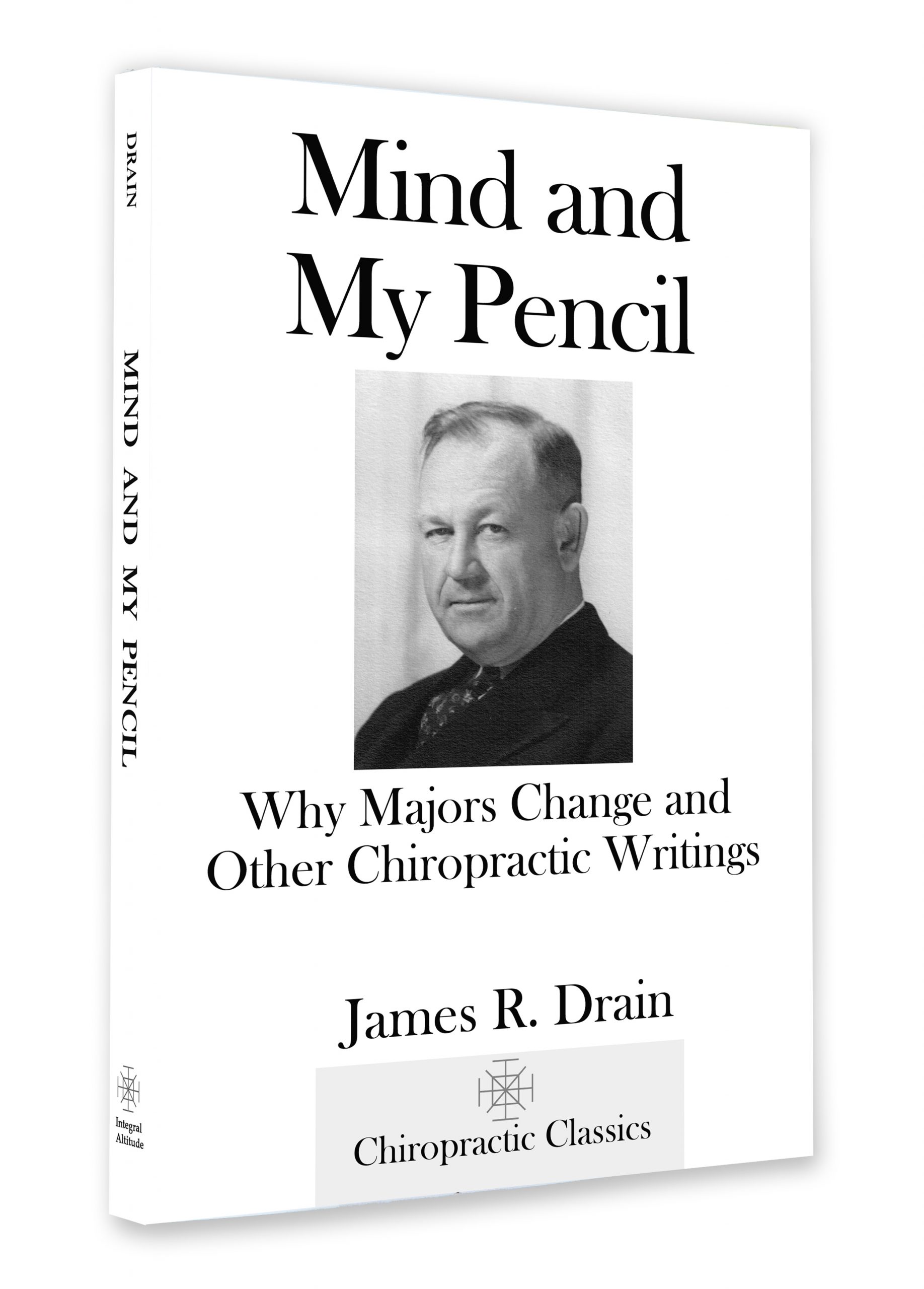 Mind and My Pencil 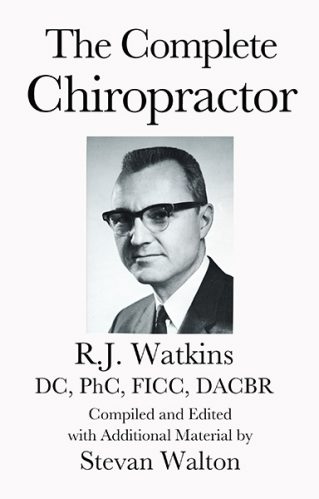 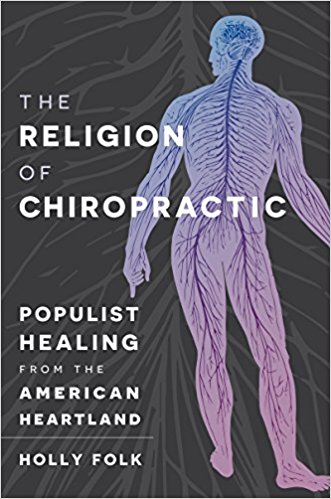 The Religion of Chiropractic

In Folk’s book, she mentions “Nerve Tracing” eleven times but unfortunately, she has misunderstood the practice. Instead of capturing how D.D. Palmer defined Nerve Tracing as palpation of sensitive nerves from the symptom to the spine, Folk writes, “Nerve Tracing was the charting of a nerve from the spine to an affected bodily part.” That is not accurate. Future chiropractors may have focused on charting nerves but that was not the practice that D.D. Palmer developed. He started by tracing the nerve from the symptom. That was the clinical practice he taught. Tracing the nerves from the spine to the organs was secondary. It developed from the practice. Charting them was not part of his method. This distinction is not clear in Folk’s text.

Furthermore, Folk implies that D.D. Palmer was “not innovating, but picking up ideas that had circulated in popular physiology for several decades.” She gives no reference for that beyond an obscure M.D. named Sherwood and some reprints of his diagrams.

Folk credits Sherwood with coining the phrase “Nerve Tracing.” However, her references for Sherwood don’t pan out. Folk cites his two books. In both books, he does have the same sentence that states “vessels and nerves” are “easily traced,” but he is referring to advanced cases of tuberculous after tissues have been destroyed by ulceration. He does mention his method of palpating for pain points at the vertebra, also in relation to tuberculosis. He didn’t name his practice Nerve Tracing. Also, what he was doing was nothing like D.D. Palmer’s work, which developed from clinical practice. 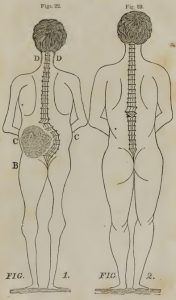 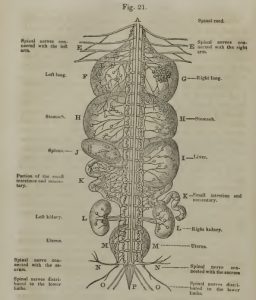 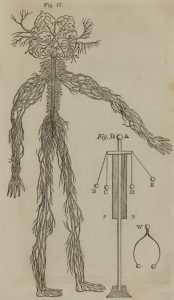 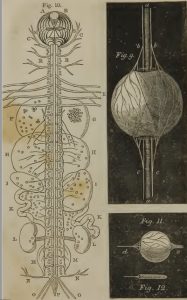 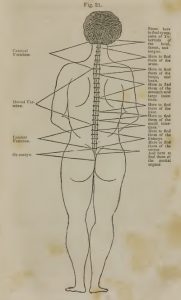 Walton’s book of R.J. Watkins’ collected writings includes a chapter on Nerve Tracing. R.J. Watkins was one of the leading academics, theorists, and researchers from 20th century chiropractic. His mentor was Jim Firth, who developed his methods after teaching alongside B.J. Palmer for close to two decades.

“His approach was a bit different than the classic Palmer approach. Instead of tracing from the periphery to the spine, he traced from the subluxation to the periphery.

His tracing points were usually the belly of a muscle or the musculotendinous junction. To be a little more specific, he would trace the motor points in the belly of the muscle. These points have also been variously identified as acupuncture points and trigger points. He was tracing out segmental patterns of sensory distortion since sensory (proprioceptive) distortion is central to his subluxation theory. The pattern of points would be perceived as tender before the adjustment, and then immediately after the adjustment the tenderness would subside.”

Watkins said, “Patients are impressed when you can show them where they hurt before they even tell you.”

Perhaps it is time for chiropractors to relearn this lost art of chiropractic and research it.