Solon Massey Langworthy graduated from the Palmer School of Chiropractic in 1902. His legacy in chiropractic is being rewritten due to updated facts and more accurate histories. Some of the literature written about him in the past bordered on hagiography such as Lerner’s account and Gibbons’ bio. Nevertheless, Langworthy had a big impact on chiropractic.

He should be best remembered as the pioneer of traction in chiropractic. He also influenced the profession by starting the American School, which was a direct competitor with the Palmer School of Chiropractic.

In 1902, Langworthy inquired with the Palmers about collaborating on a school business. D.D. Palmer was open to the idea at first until he realized that Langworthy was interested in including other health practices into chiropractic such as hydrotherapy, osteopathy, and Nature Cure. 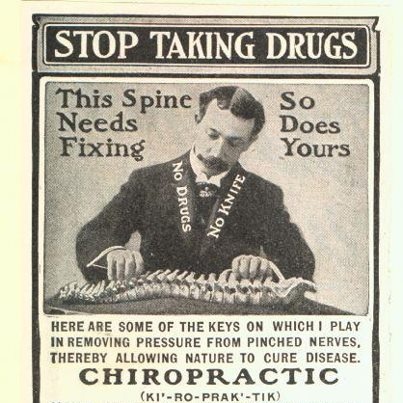 Langworthy positioned himself as a leader in the profession and tried to displace D.D. Palmer from that position. According to Faulkner’s book, The Chiropactor’s Protege, D.D. Palmer accused Langworthy and other early students of plagiarism. Langworthy also started the rumors that D.D. Palmer stole chiropractic from local Bohemian immigrants.

Langworthy was listed as coauthor of Modernized Chiropractic, which was written mostly by Smith. According to Smith, Langworthy was the publisher and he was the author.

Smith, Langworthy, and Paxson started the first American Chiropractic Association (no affiliation to today’s organization). Their main efforts are chronicled in Faulkner’s book. These included defending chiropractors in court and trying to pass legislation in Minnesota. The legislation would have required all new chiropractors to have completed 2 years of schooling. This would have kept out all Palmer graduates and only allowed graduates of Langworthy’s school to gain licensure. The law was defeated in part because the Palmers met with the governor in protest.

From The Chiropractor's Protégé