Harry Vedder wrote Chiropractic Physiology (1922), Chiropractic Gynecology (1923), and Chiropractic Advertising (1924). Both physiology books are filled with references to and examples of Innate Intelligence in action. This is very important because there were no other physiology books of that time period describing the inside view of the organism, especially with a perspective that the living system is intelligent and self-organizing. 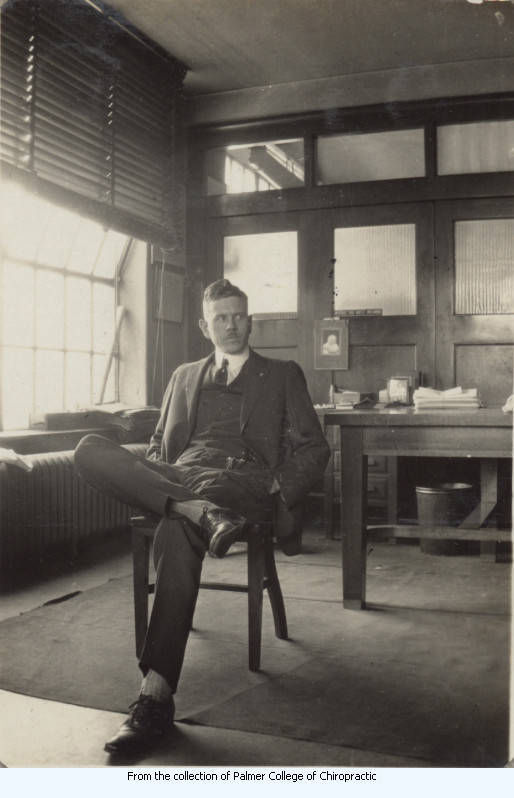 In these excerpts from Vedder’s Chiropractic Physiology, we get to see how he incorporated Universal Intelligence into a 1920s physiology text. He begins the book by emphasizing the difference between the chiropractic perspective from the traditional scientific perspective, and that is the emphasis on “life.” He then describes the chiropractor’s “broader viewpoint,” that innate intelligence is a higher level of organizational influence from the laws of chemistry and physics. This concept was not to really enter biological thinking until after Schroedinger’s famous 1944 book, What is Life? He even describes the expressions of an even greater power, above the mind and innate, which governs and controls the universe, a Universal Intelligence. Vedder defends this cosmological approach to physiology as he describes the vastness of time and space as fundamental aspects of life itself.

Vedder’s focus is on physiological systems and not cosmological. In that regard, he describes the importance of the term “mental impulse” rather than the term “nerve impulse,” because it captures the immaterial essence; the central point being that Innate Intelligence is the real factor in the organization and actions of physiology. In terms of distinguishing the Innate Intelligence from the Educated Intelligence, he describes the functions of the nervous system (afferent vs. efferent). The Innate guides the force of all impulses but the Educated Intelligence rules the conscious actions of muscles. The actions of Innate, which governs what is traditionally termed, “involuntary actions” are in actuality “voluntary” for Innate. This important distinction sets Vedder’s physiology apart from other texts or theories of the time. He can thus be viewed as an early pioneer of theoretical biology in the 20th century. Vedder even goes so far as to describe these in terms of educated function and innate function. Thus the very notion of consciousness is extended to the process of organismal awareness.

Physiology from a Chiropractic Standpoint

In considering Physiology from a Chiropractic standpoint, there is much that may be said more than is given in any other text book on Physiology. This, because Chiropractic deals with “life” that has not been dealt with by scientists of the past or any other scientific teaching of the present.

As we, in our study of all phases of science, allow our imaginations to wander, we think of the planets of the universe, which we can recall, that are of the greatest distance imaginable from the earth and then we attempt to assume a viewpoint which will give us something tangible and definite.

We try to imagine a place where space stops and we are unable to conceive of such a possibility and still we are unable to conceive of an unending space; of an unending distance. Further, we try to imagine a condition wherein there is no longer time and we fail utterly. Thus we realize the incompetence of the human mind in grasping the simple details of life. We in ourselves are very delicately constructed pieces of machinery, but we are more than this; we are not automatons, but rather bodies which are absolutely under the control of a mind. This mind is intellectual and is only a segment or part of that great aggregation of power which we are pleased to name Universal Intelligence. It is called by different names; by some, nature, by others vitality, but in reality it is merely the expression of a power which governs and controls the universe. Therefore, to the best of our ability, we will attempt in the following pages to show how this Innate Intelligence governs the chemical and physical action in the body and what these actions are. We will not attempt to say what the force or power is that is working through the nervous system of the human body and causing it to be a living, thinking, reasoning mass of protoplasm.” p.9-10

“Another name has been applied to this immaterial something which traverses the nervous system. It serves as a much more suitable term because it indicates more clearly, not the nature of the impulse, but rather the origin of it. If we will let our imagination wander, we may in a slight degree become aware of the magnitude of the universe and the absolute coordination of each part of it with every other part. Inevitably there arises in our mind the question as to what it is that controls the course of the planets, the growth of the tiniest plant. This force is called by various names by various peoples. It has been recognized and in a measure studied since time began. To it has been applied the name Universal Intelligence, not in any manner to belittle the other appellations of deity, but because it seems to express more fully the entire scope of its influence. By every individual in the world and by every living thing the influence of this Universal Intelligence is felt. In short we are all controlled by it, but at the same time each of us is different; each has an individuality of his own, and to that part of Universal Intelligence which controls each unit has been given the name Innate (inborn) Intelligence. Where this Innate Intelligence is resident is a question that is as far beyond us as the stars. This fact does, however, seem to stand pre-eminent: that the control which it exercises is through the nervous system. It is for this reason that the impulse which traverses the nerve fiber is given the name mental impulse rather than nerve impulse. In our opinion it establishes a closer connection between the immaterial Innate Intelligence which controls the cells of the body than any other term. What the nature of this impulse is we cannot say. Derived as it is from an immaterial, it undoubtedly is an immaterial itself, even though it may be recognized by material change along the course and at the periphery of the nerve.” p. 431

“Again we move our hand to pick up an object. Before this occurs there is a conscious thought of what we wish to do, and so the action is accomplished. Without our first willing to do the thing it would never have been done. This is called educated intelligence, because our experience has taught us just what muscles to use in performing the act and to what degree they should be used. In brief, the action is controlled by the will. It would, however, be presumptuous to state that the power which caused the arm to move came from any intelligence within the scope of education. The power used in producing the act came from Innate Intelligence, a part of Universal Intelligence which rules and guides the entire universe in its activities and destinies. It is only the guidance of this power which can be ascribed to that portion of mind which we call educated.

Not only is the brain functionally divided into an Innate and an educated portion, but the spinal cord, which acts as a cable through which the prolongations of the brain cells pass, is so divided. By this is meant that here are contained fibers some of which carry impulses which when expressed produce actions. This same division may be followed to the nerves which are given off from the spinal cord and to the cranial nerves which leave the brain and exit from the cranial cavity through individual small foramina.

While there is no difference in the histological structure of the nerves or the nerve fibers in different parts of the body their functions differ widely. Two nerve fibers may be of the non-medullated type, and to all appearances seem exact duplicates, and yet one fiber is known to convey mental impulses toward the brain and is an afferent nerve, while the other is known to transmit impulses from the brain and is called an efferent nerve.

We have said that functionally the brain, spinal cord and nerves emanating therefrom are divided into an Innate and an educated portion. It must not be understood, however, that there is no means of communication between the two divisions.” p.440

We have certain parts of the body which are in part controlled educationally. Physiologically the educated brain receives its force from the Innate brain, passing this force through the power of voluntary education, before it is permitted to be expressed in the body. It is, however, erroneous to state that a certain tissue is entirely subject to the educated intelligence.” p. 443-4

Harry Vedder was one of the founders of Lincoln Chiropractic College in 1926, along with S.L. Burich and James Firth. Their break from B.J. Palmer and the Palmer school had a significant impact on the profession and the development of the philosophy. Joe Keating wrote an article in 1997 on The Early Years of Lincoln College. 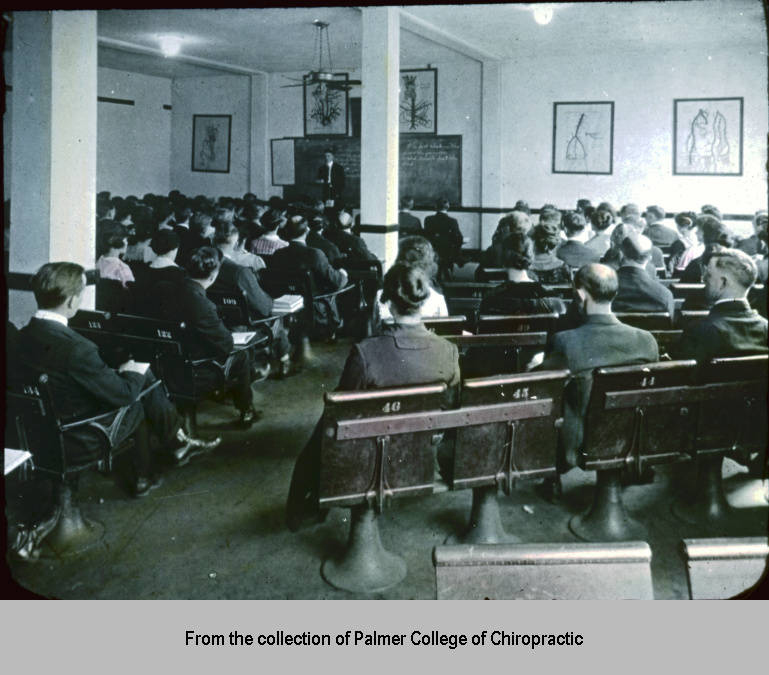