AP Davis was a medical doctor, a naturopathic doctor, as well as an osteopath. He was in A.T. Still’s first class at Kirksville. Davis published Osteopathy Illustrated in 1898, which was the same year he became D.D. Palmer’s second student.


A new book by Timothy Faulkner includes first person accounts about AP Davis from OG Smith’s journal. Smith was another of D.D. Palmer’s early students. Davis even invited Smith to work for him at one point.

Other works on Davis include Zarbuck’s classic Chiropractic Parallax series (Part 1 & Part 2). Zarbuck differentiated several of Davis’ theories about subluxation. Davis broke from D.D. Palmer’s theories and proposed that the neurological component of subluxation was secondary to the circulatory. He viewed the adjustment as a stimulus. It balanced positive and negative forces and neutralized the balance between acids and alkalis. D.D. Palmer strongly disagreed. Zarbuck pointed out that other early chiropractors, especially Howard, incorporated Davis’ theories.

He sought out D.D. Palmer in Portland, Oregon, in 1909 for chiropractic care. While he was there, he taught Neuropathy to several of D.D. Palmer’s students.

In 1915 he wrote down some of his philosophy:

Heat expands and cold contracts all substances affected by them. Muscles are subject to the same law. Cold applied to the surface of the body causes contraction of the skin. The contraction of the skin influences deeper structure in which nerves are located; these contractures influence deeper nerve endings, the influence involves still deeper structure, until, in many instances, may not only involve a whole muscle, but extend to other adjacent muscles, and these others, until, perhaps, the entire body is affected. The contracture of the muscular fiber squeezes the small blood-vessels and the nerves which pass through them, thereby interfering with their function.

If the blood is impeded in its flow through the capillaries, nourishment of tissue fails to take place, emaciation ensues, the venous blood fails to be returned to the heart and lungs to be purified; if the pressure is upon the nerve filaments they fail to perform their functions, so there may be inharmony produced by either condition resulting from contracture of muscular fibers. Disease may ensue immediately, or some time may elapse before any manifestation of disease is expressed, and in rare instances, the conditions may right themselves, and no disease follow, for the pressure may not continue long enough to produce abnormality in the parts.

These contractures may take place in any muscle or organ in the body, and results may be acute or chronic, according to the degree of pressure upon the blood-carrying vessels, or the nerves involved therein.

The greater amount of trouble is usually caused by the failure of the venous blood – return circulation – due to undue pressure upon the small veinlets which gather up all of the capillary blood not used, as well as the waste materials, due to used up tissue in the neighborhood of the capillaries, where the arterial blood distributes its nutrient products, and the unused elements are ushered on through the capillaries into the veins, which finally find their way back to the heart, thence into the lungs to be carried through a process of exchange of commodities, and be transformed into life-giving, rejuvenating elements to build up other tissue.

The manipulations instituted by the author of this treatise will be found adequate, if applied according to directions, the operator having a fair understanding of the anatomical structure and functions of the several organs, the muscular system, and a little experience in the modus operandi of applying them to the uses intended.

The proper application of the manipulations has much to do in results. If awkwardly applied, they cause resistance from the patient, and sometimes are productive of harm, rather than the good intended.

Due consideration should be given to the function of the muscles involved – whether they be flexors or extensors – for they all have but ONE function, and that function is to contract; whether the limbs are to be extended or flexed, due regard should be had to the object desired, or the effect the movement would have upon the muscular fibers, or the vessels to be affected by the movements of the muscles or muscle, and the force to be employed to accomplish the purpose intended. Much discretion should be used by the manipulator in the application of the science of Neuropathy, the conditions governing each case must be taken into consideration, embracing the whole field, whether in the treatment of acute or chronic diseases, the condition of each, the character of the disease to be treated, age, habits, circumstances, etc.

The object of all manipulations should be to change the diseased conditions to that state denominated harmony, ease, health, freedom, normal relationship throughout the entire body. In other words TO TAKE OFF THE PRESSURE.

It will be readily understood that when the venous blood is arrested anywhere along the line from its connection with the arterial blood in the capillaries, some unnatural condition will ensue, especially if the interruption or cessation of the flow continues for a few hours – even moments – in some parts of the body. The blood in the veins accumulates, the expansion implicates nerve-rootlets, this interferes with their function, thus increasing the difficulty, because the nervous system becomes involved. The amount of accumulation measures the degree of disturbance in the surrounding tissue. In freeing the impeded venous blood, the nerves are also freed from pressure, and the conditions changed from an abnormal to a normal state. 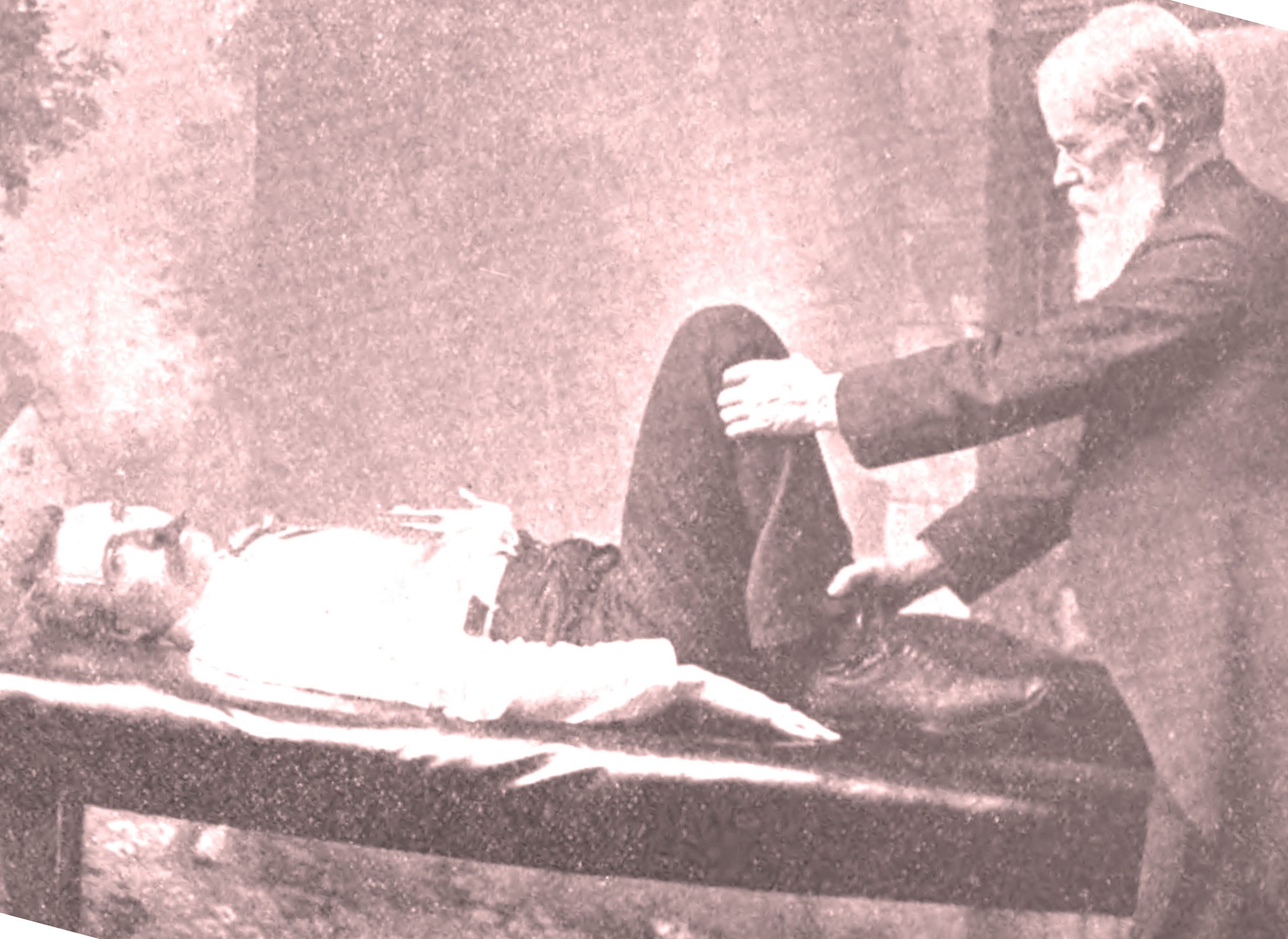