Retracing is a physiological model of the healing process that was developed by D.D. Palmer based on his clinical observations with the first chiropractic patients. The retracing theory was developed over many decades by practicing chiropractors, subluxation theorists, and chiropractic authors.

As early as 1931, B.J. Palmer noted the theory was sometimes misused. Here is an example: 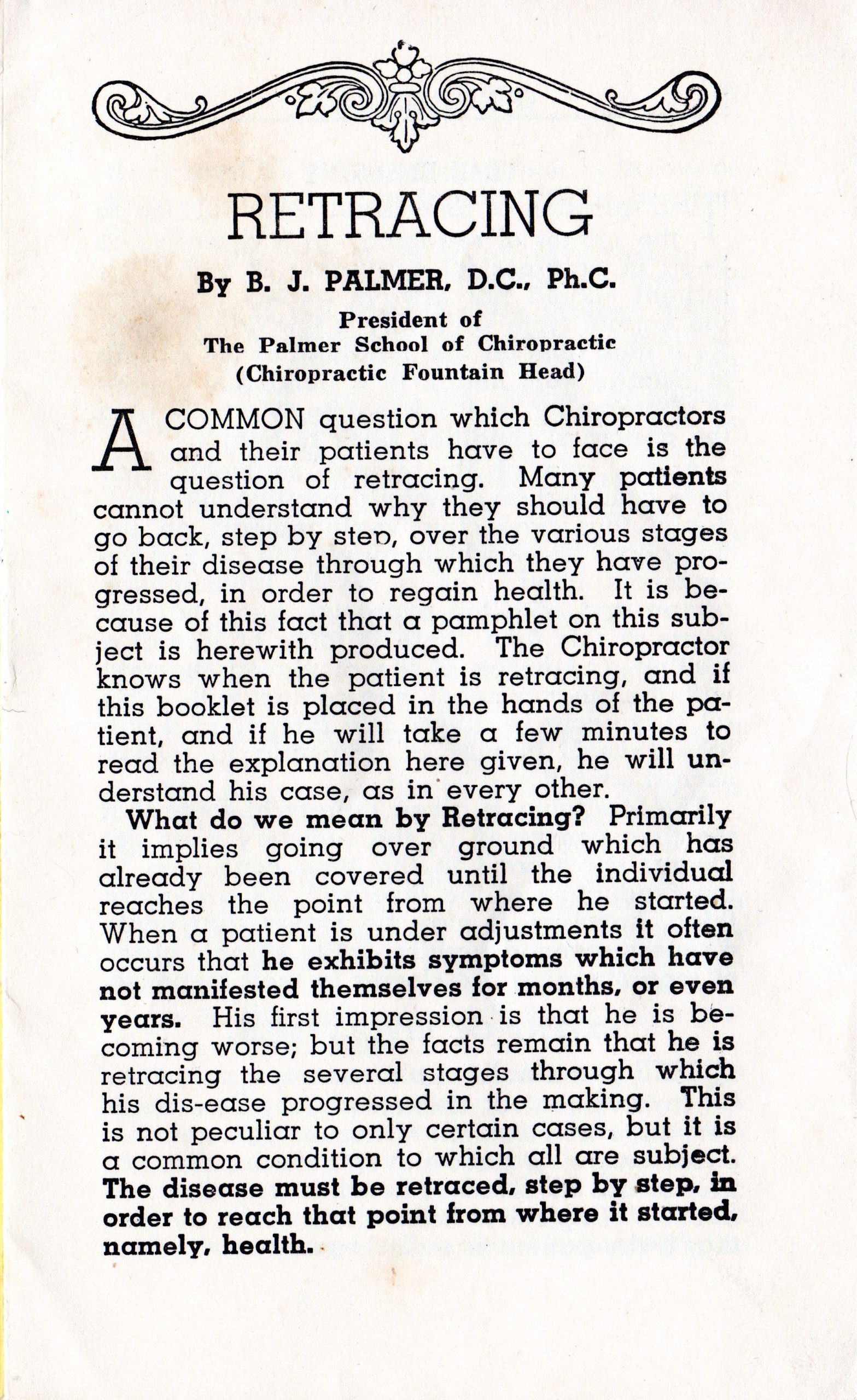 Many chiropractors taught retracing and developed the theory in their writings.

In 1909, Joy Loban counseled that patients should be instructed about retracing from the outset. He also noted that is was misused back then as well. He wrote,

“This theory of retracing has been much abused. Chiropractors have used it to cover a multitude of errors in practice. With some it becomes a habit to call all unfavorable events which occur during adjustments “retracing,” thus shifting the blame from their own shoulders to Nature’s. This is a pernicious practice because it deceives the patient and also because too frequent repetition of this explanation finally deludes the practitioner into the belief that all such events really are retracing. This view withdraws his attention from his own technic and he ceases to discover his own mistakes by ceasing to look for them.” 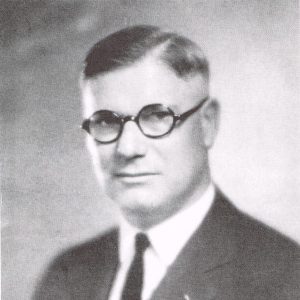 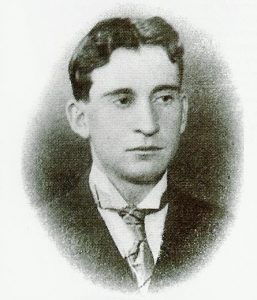 Jim Drain wrote a chapter on retracing in his 1927 book, Chiropractic Thoughts. He writes, “I have for your consideration the subject of retracing. This subject is used by almost every practicing chiropractor, both to explain the actual retracing process, and as a good excuse for the bad feeling the patient complains of. It is my intention to clear up this subject so you will not have to offer the retracting argument for a crutch for chiropractic.”

He goes on to explain that retracing is not always unpleasant. In the chapter, Drain lays out 16 things to consider in relation to the retracing process.

Researchers and practitioners might gain a great deal by exploring history of retracing theory in chiropractic. There are certainly dozens of testable hypotheses that emerge when considering the theory.