I love republishing chiropractic classics for a few reasons. The top two are that some of the the writings of chiropractic’s first generation are just awesome and few people have read them!

The two new books describe the philosophical perspectives of T.F. Ratledge and J.R. Drain. Not only did both of these guys study with D.D. Palmer, but they each taught chiropractic for decades, pioneered chiropractic across the country, and led the early efforts for chiropractic scope of practice, educational standards, legalization, and accreditation. Both men focused on defining chiropractic based on its science, art, and philosophy. 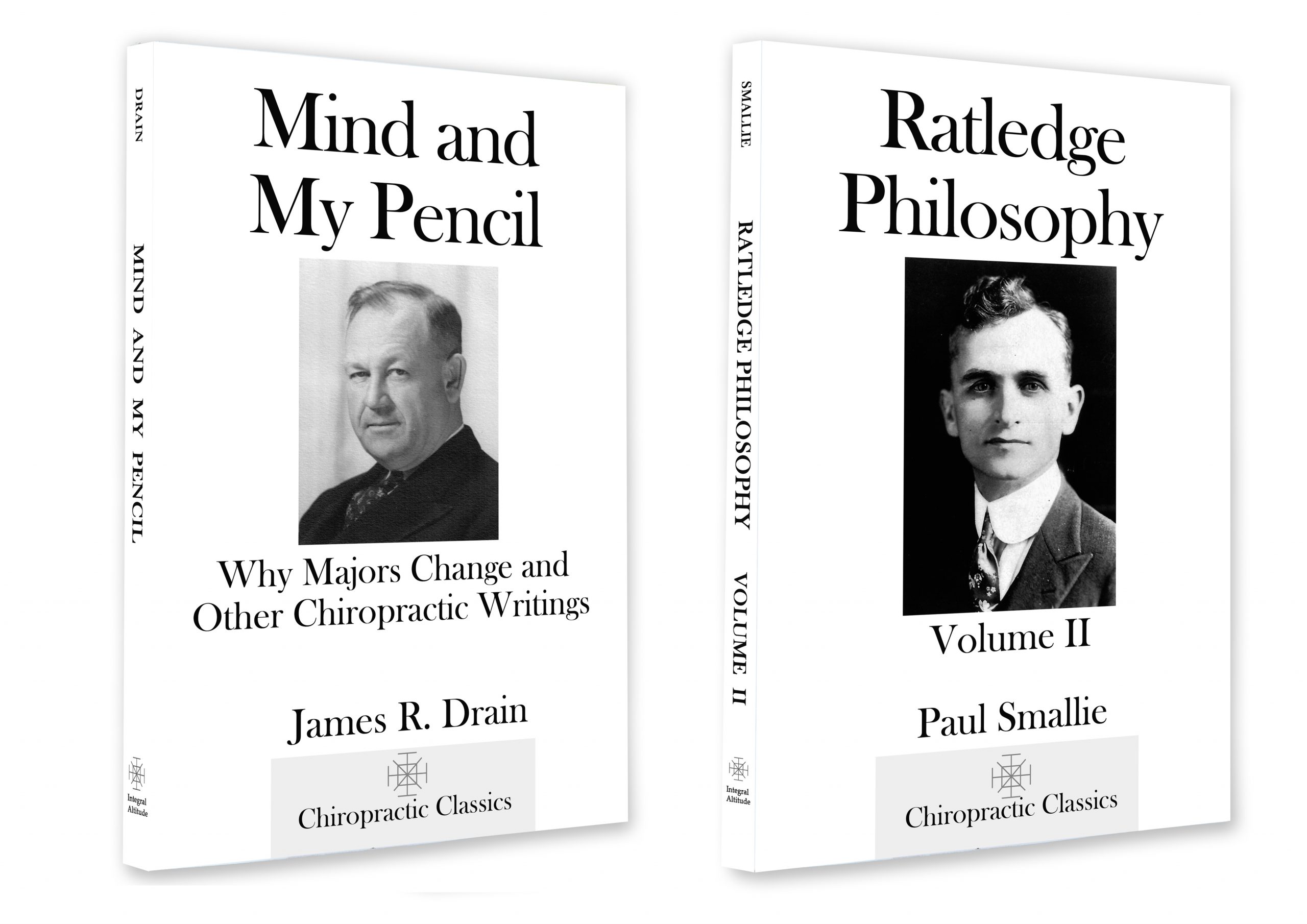 The Ratledge book is volume two of a two volume set originally written by Paul Smallie. Smallie graduated from Ratledge Chiropractic College in 1935. He published Ratledge Philosophy Volume 1 and Volume 2 in 1979. Smallie seems to have developed these books from Ratledge’s Manuscript (which I plan to publish next year along with Smallie’s The Guiding Light of Ratledge).

Ratledge Philosophy Volume 2 describes Ratledge’s depth of understanding of the chiropractic principles. Ratledge emphasized several important elements of the philosophy of chiropractic: the way the organism responds to the environment, the expression of universal energy through the nervous system, and the innateness of matter. He felt that the best way to assist the organism to adapt to the unneutralities of the environment was the chiropractic adjustment, which restores function.

Environmental unneutralities may arise from within or outside the body due to the body’s response to the three primary qualities of matter: density, chemistry, and temperature. The influence from the environment may lead to chemical changes, temperature changes, or mechanical stresses. Any of these could disrupt the functional balance of the organism, which may result in vertebral subluxation.

When you study Ratledge, you will gain an insight into the chiropractic point of view like no other.

The Drain book was created by me as a compilation of his writings. Last year, I published Drain’s Chiropractic Thoughts (1927). I did not include the final section that he added to the second edition (1946). I wanted to publish that separately because it is special.

Mind and My Pencil: Why Majors Change and Other Chiropractic Writings is a tribute to Drain. I was able to include more than the final section of Chiropractic Thoughts (second edition), which includes his many weekly letters and essays designed to inspire chiropractors in the field. I also included several pamphlets and essays written between 1926 and 1956.

The book is one of a kind. It inspires, philosophizes, and teaches adjusting, palpation, and even includes some 1930s business advice. Drain’s brief adjusting manual, his tract on Nerve Tracing, and also his detailed explanation of Majors are also incorporated into the book. 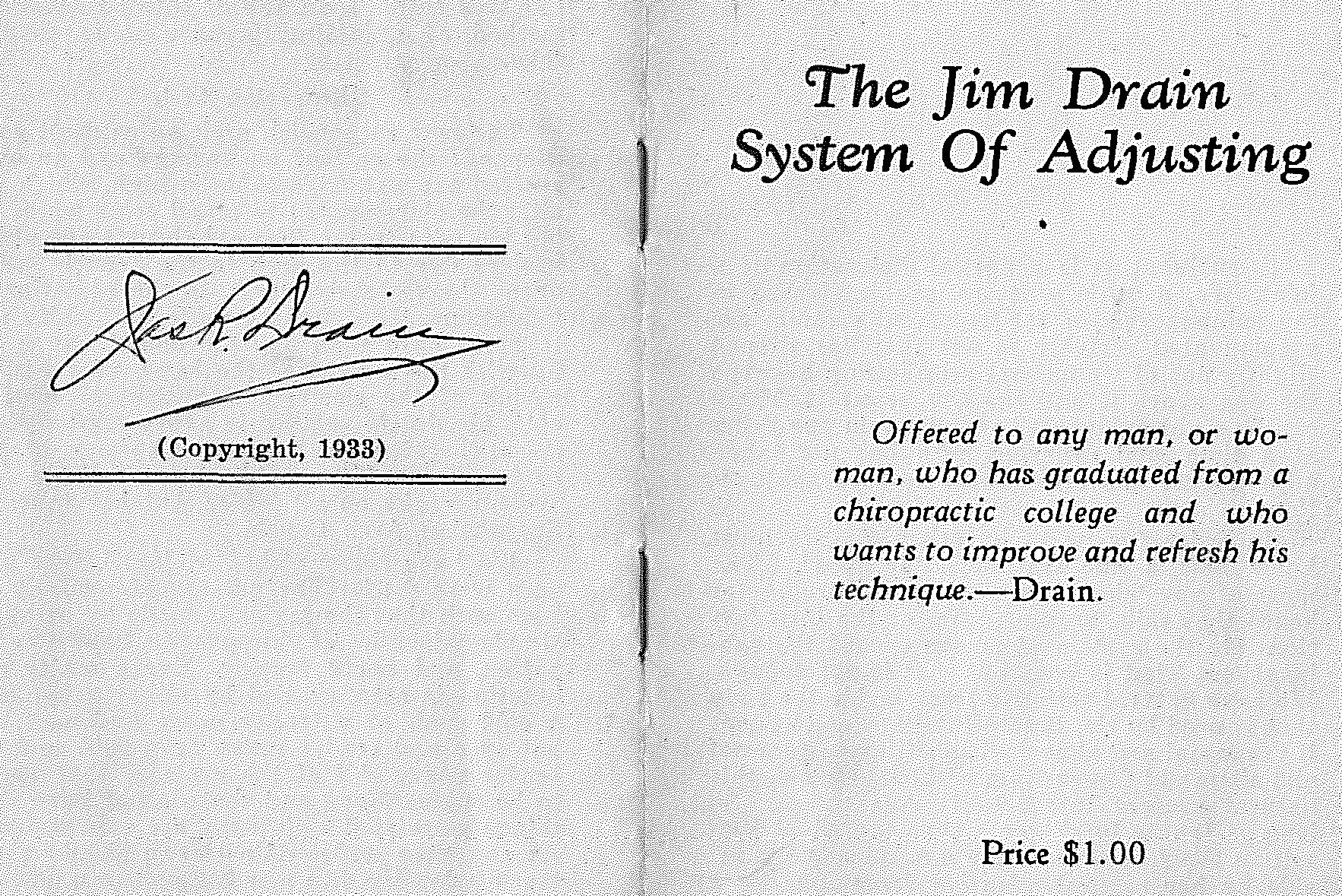 Mind and My Pencil has everything, science, art, philosophy, and practice advice from one of the best chiropractic thinkers of the 20th century.

As Drain would say, I am