D.D. Palmer studies really began with Cooley’s classic essays in the 1940s. His six papers on D.D. Palmer’s life were published in the NCA journal and also in Drain’s Man Tomorrow. Other chiropractic theorists in the 1960s such as William Harper, RJ Watkins, and Earl Homewood included D.D.’s theories in their writings. Those pioneers influenced the profession in important ways. 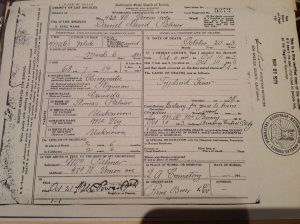 Recent scholarship on D.D. Palmer’s life and works has broken new ground in the field. Online databases of old newspapers and journals, historical finds, and deeper analysis of his ideas have reshaped our current perspectives on D.D. Palmer.

Courses at The Institute Chiropractic explore all of this territory. Exactly how D.D. Palmer studies are being revised are central to TIC lectures. TIC Members get access to the latest breakthroughs and also are given tools to analyze the literature and the works of D.D. Palmer directly.

Cooley graduated from the Palmer-Gregory College of Chiropractic in 1908 and was taught by D.D. Palmer during the three months that D.D. was associated with that school. Drain included all six of Cooley’s essays as chapters in his epic book Man Tomorrow, which was published in 1949.


Cooley and Drain were two of the students of D.D. Palmer during that era. Both of them influenced Harper, whose book Anything Can Cause Anything was developed as a way to update D.D. Palmer’s theories. Harper studied D.D. for a decade before publishing the book in 1964.

Other chiropractors in the 1950s and 1960s studied D.D. Palmer and integrated his ideas into their models. Some of the leading theorists included Harper, Weiant, RJ Watkins, and Muller. Unfortunately, few chiropractors today have studied their works. In fact, historians have noted that D.D. Palmer’s theories are largely unknown to modern chiropractors because few have read his writings.

B.J. Palmer built upon his father’s central ideas and wrote various histories of early chiropractic in his final books. His writings, although prodigious during this period, did not systematically explore his father’s ideas. Instead, he wrote many historical anecdotes and mostly focused on developing his final thoughts on chiropractic.


When B.J. died in 1961, his son Dave took over as president of the Palmer School of Chiropractic. Dave Palmer republished his grandfather’s 1910 text. This offered chiropractors of that era direct access to D.D. Palmer’s ideas for the first time in a generation.

The next phase of D.D. Palmer Studies begins in the 1980s, with the advent of new journals, books, and a new historical mindset in the profession. This phase of D.D. Palmer studies was launched by Joseph Donahue, Vern Gielow, Rehm, and Merwin Zarbuck. Rehm’s necrology was published in 1980 and Gielow’s classic biography Old Dad Chiro in 1981.

Zarbuck’s writings on D.D. Palmer’s travels and his students were also published during this time. 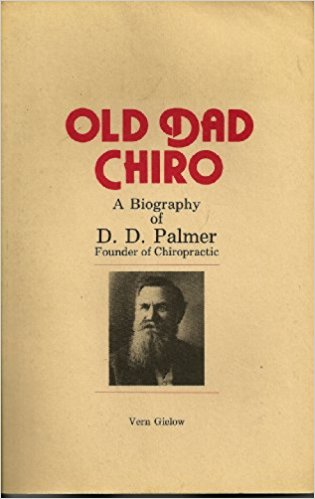 The fourth phase of D.D. Palmer studies began in the 1990s with the publication of influential books by sociologist Walter Wardwell and historians Stuart Moore and Pierre-Louis Gaucher-Peslherbe, as well as several articles by behavioral psychologist Joseph Keating. Keating’s key papers and chronologies included The Evolution of Palmer’s Metaphors and Hypotheses, Early Palmer Theories of Dis-ease, and D.D. Palmer’s Forgotten Theories of Chiropractic. 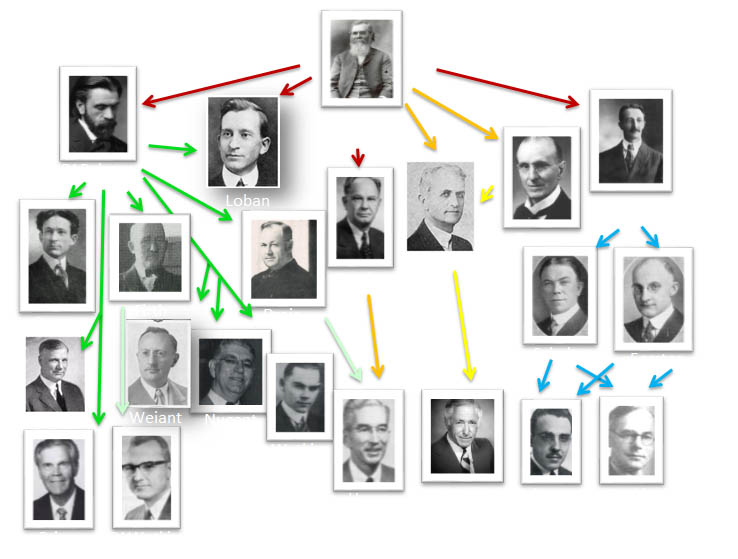 Other important contributions to the literature include the works of historian Catherine Albanese, and chiropractic historians like Joe Foley, Gary Bovine, and Alana Callender.

In the last few years what we know about D.D. Palmer has quadrupled.With the advent of online databases of historical documents and the efforts of historians like Foley, Faulkner, Waters, and Bovine, we are probably at the start of the next phase of D.D. Palmer Studies. Foley’s recent articles on D.D. Palmer’s first wife and D.D. Palmer’s final book contribute to the literature in significant ways. Faulkner’s new book on D.D. Palmer’s protégé, OG Smith rewrites the early history of chiropractic. Stevan Walton’s new text on the collected writings of RJ Watkins opens up completely new insights into just how D.D. Palmer’s ideas influenced chiropractic theory in the second half of the 20th century. And, Senzon continues to build upon his previous works while integrating the latest discoveries and insights into articles and lectures.

The Institute Chiropractic was developed to preserve the history of ideas in chiropractic and forward the profession. One way that we are doing this is by pioneering the next phase of D.D. Palmer Studies.